Last Updated 27.09.2022 | 9:55 AM IST
feedback language
follow us on
Bollywood Hungama » News » Bollywood Features News » Malaika Arora reveals she always wanted a daughter with whom she could share her things

Malaika Arora who recently made a guest appearance of the reality show Super Dancer: Chapter 4 said that she always wished to have a daughter with whom she could share her things. She expressed the same after watching a performance by contestant Florina Gogoi. Impressed by her performance, Malaika took the six-year-old in her arms and spoke about wanting a daughter. 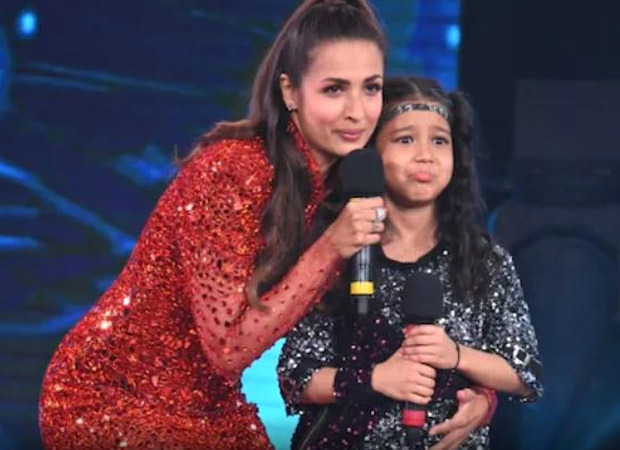 “Main tumhe ghar leke jaun kya? I have a son at home… For a long time, I have been saying, ‘kaash meri ek beti bhi hoti’. I have such beautiful shoes and clothes, and no one is there to wear them,” Malaika said after the performance. She also asked Florina for a hug and kiss.

Meanwhile, Florina mesmerised everyone with her performance to the song ‘Disco Station’ sung by Asha Bhosle. Malaika, too, joined the little one on stage during her performance.

Malaika has a son Arhaan with former husband Arbaaz Khan.