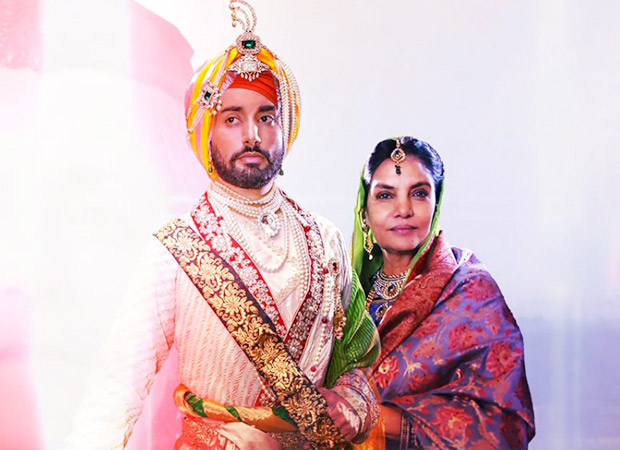 While the Leading man of the movie, Satinder Sartaj was literally the first Turbaned Sikh to walk the Cannes Red carpet to official launch The Black Prince trailer, the same has gathered a massive 3 million views and on Facebook, and has been appreciated by more than 6 million viewers on YouTube. Now we hear that the makers of the film are ready to release the Hindi and Punjabi dubbed trailer of the film that showcases the life of Maharaja Duleep Singh, the last sovereign king of Sikh empire (Punjab Empire) and Queen Victoria of the British Empire.

The Black Prince will showcase the story of Maharaja Duleep Singh who is forgotten hero of our independence, a naive royal who was sent to England even before he could understand the nuances of the British greed for Indian territories and how he became the victim political grappling between courtiers which led to the fall of the otherwise invincible Sikh empire. The world would see how the British Queen’s liking for a prince from the oriental lands of India blossomed him into a fine gentleman with all qualities of a white royal.

The film is touted to be the most historical and factually accurate portrayal, covering the phenomenal legacy led and left behind by Maharajah Duleep Singh right from his early upbringing in the United Kingdom under Queen Victoria, to his ultimate revolt against the British for the freedom of his kingdom and how his political prediction proved to be true and independence came 54 years later at the cost of great sacrifice by Sikhs. The film narrates a great effort by Sikhs to get India free from the clutches of the British. It was another attempt after the mutiny of 1857 that is missing in the chapters of Indian history but to his people and Sikhs, the Maharaja is a loved and honourable king. Indians and especially Sikhs would feel proud seeing this in the film and this is a must watch film for history lover audience that how a young prince, who was the heir of arguably the most powerful empire in India in the nineteenth century, fell in hands of the British along with Kohinoor diamond.

The film features Satinder Sartaaj, Jason Flemyng, ShabanaAzmi, Amanda Root, Keith Duffy, David Essex, Rup Magon and Sophie Stevens. Not only have the actors got critical acclaim for their performances in the film at global film festivals, but as a debutante Satinder Sartaaj is being looked upon very highly. ShabanaAzma will be seen donning the character of Duleep’s mother Maharani Jindan.

The director of the film Kavi Raz has very delicately balanced these chapters of Punjab’s history and has made sure to keep across a perspective that is not bookish but is close to what actually happened to ‘The Black Prince – Maharaja Duleep Singh’.

The movie, in English, Hindi and Punjabi, will hit the theatres on July 21.