Arin, the older son of actor Madhuri Dixit, has started college. His parents are overjoyed that he will be attending the University of Southern California. 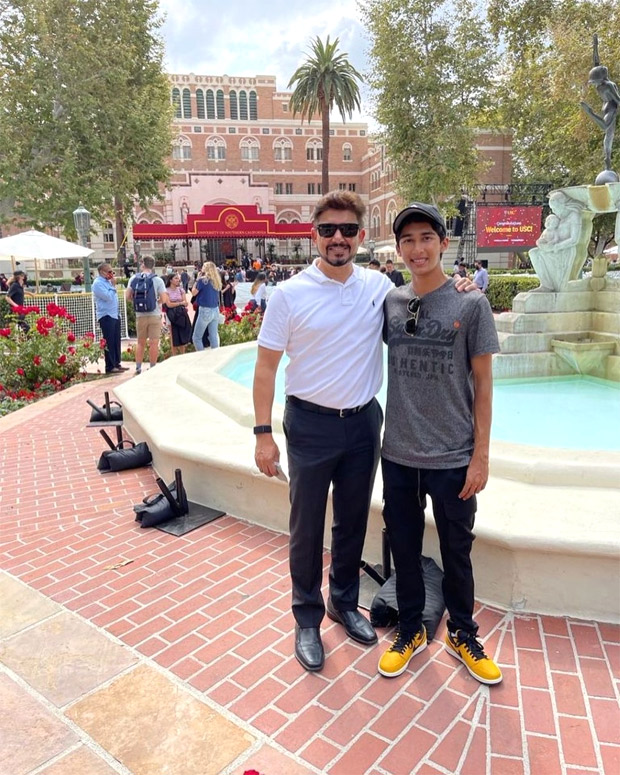 Madhuri's husband, Dr Shriram Nene, took to Instagram on Tuesday to share images of Arin at his university in the United States. Dr. Nene posed with Arin on campus in the first shot. Madhuri and their younger kid Ryan are also featured in the second one.

Sharing the photos, Dr Nene wrote, “Am so excited for Arin starting college. Give great thanks to all the educators before and the ones now, who have been great mentors and teachers. Proud to be the father of a Trojan! Look forward to his lifelong learning.”

Arin's fans also wished him well in his studies and a great future. “Congratulations on your next step in life; as a parent, watching a child off to university is both the most difficult and the most rewarding experience. “Best of luck,” one person wrote. “Wow, that's fantastic! “Congratulations, Arin,” someone else said.

Shah Rukh Khan's son Aryan Khan just graduated from the University of Southern California, where he was studying cinema. Sohum, the son of singer Shaan, has enrolled at the same university this year to study music and law.

On the work front, Madhuri Dixit was last seen in Kalank. She is also judging the dance reality show Dance Deewane 3

Also Read: Madhuri Dixit is an epitome of grace and elegance in a traditional Paithani saree worth Rs. 35,000 as she begins Ganesh Chaturthi celebration