90s superstar Madhuri Dixit and Sanjay Kapoor went down memory lane as they grooved to a song, which featured them, from the 90s. Taking to social media on Sunday, Sanjay shared a video featuring himself, Madhuri, and actor-couple Riteish Deshmukh and Genelia D'Souza. 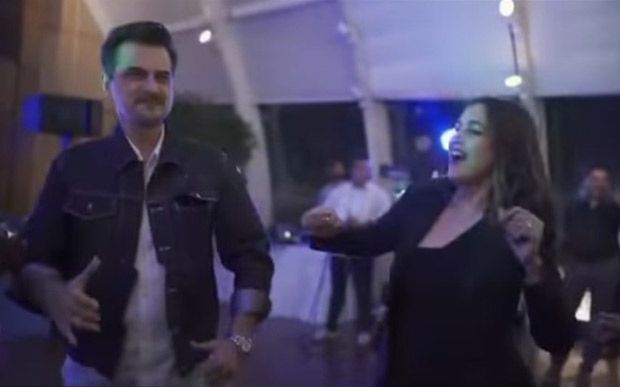 Madhuri and Sanjay, in the tape, danced their night off to ‘Akhiyaan Milaoon Kabhi’ from their 1995 film Raja. The song was sung by musicians Alka Yagnik and Udit Narayan. Raja is an action romantic drama that was directed and co-produced by Inder Kumar.

In the video which went viral on the internet, the actors did the hook step of Akhiyaan Milaoon Kabhi, they were also joined by Riteish and Genelia. Madhuri wore a black outfit as she kept her hair loose whereas Sanjay was dressed in a white shirt, denim jacket, and pants for the party. Sanjay captioned this post, “Back to the 90s , What a night @madhuridixitnene @geneliad @riteishd @farahkhankunder @drneneofficial”

This party was a celebration of Dr. Shriram Nene’s birthday where several Bollywood celebrities were invited. Madhuri and Shriram got married in 1999. The couple's first son Arin was born in 2003, and their second child Ryan was born in 2005.