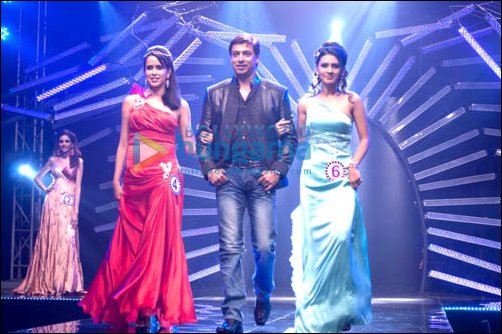 What's interesting is that Madhur will be seen acting as well as walking the ramp as part of the grand finale of a beauty pageant in the film.

Says producer Sunil Chainani of Horseshoe Pictures, "It's the grand finale of Glamarama Beauty Pageant organized by Tusshar and Shreyas who play rival event managers in the film. Madhur plays a celebrated film director who is the special Chief Guest of the evening."

Sources say that he also loved the story of the roller coaster comedy and hence agreed to do the special cameo role.