That Padmaavat completes a hat-trick of public approval for director Sanjay Leela Bhansali with his now-favourite pair of Ranveer Singh and Deepika Padukone after Goliyon Ki RasLila—Ram-Lila and Bajrao Mastani is clear. Down the decades, there have been innumerable examples of such combinations. We choose to look at those who, like the above trio, have succeeded at least thrice. 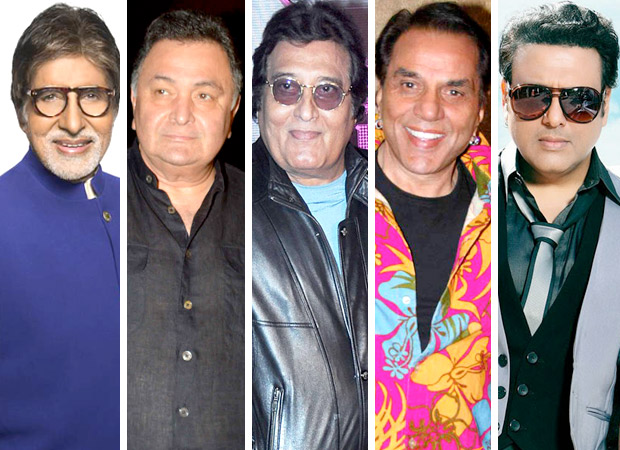 Amitabh Bachchan-Raakhee with Yash Chopra
Kabhi Kabhie, Trishul and Kaala Patthar formed their hat-trick of 1970s films that helped make the screen pair a top combo. Director Yash Chopra helped make the angry young man and the fragile beauty a commercially hot pair. Intense and ardent, the song ‘Kabhi Kabhi Mere Dil Mein’ best expressed their understated passion. Technically, the last film did not recover investment thanks to a humongous budget, but the fire was intact.

Amitabh Bachchan-Rishi Kapoor with Manmohan Desai
Manmohan Desai knew that he was on to a good, no, make that extraordinary thing, when he got the Numero Uno star of 1977 and beyond teamed with the only actor who withstood the Bachchan avalanche and also matched his powerhouse versatility—Rishi Kapoor. Zany comedy, peppy songs and the MKD cocktail—beginning Amar Akbar Anthony, with Naseeb and Coolie to follow, Desai went on a winning spree, though two more films with them never took off.

Amitabh Bachchan-Vinod Khanna & Prakash Mehra
Prakash Mehra preferred the virile Vinod Khanna as Bachchan’s foil in his kind of entertainer. Beginning with the entertaining Hera Pheri (the title duet track was a riot!), they went on to do Khoon Pasina (which Mehra presented and overviewed with his assistant Rakesh Kumar as director) and finally, the biggest of them all, the intense Muqaddar Ka Sikander.

Amitabh Bachchan-Jaya Bachchan (Bhaduri) with Hrishikesh Mukherjee
Both were his protégés, and Hrishikesh Mukherjee, a connoisseur of talent, judged enough of the acting potential and their innate chemistry when he cast the husband-wife at one go in the laugh-riot Chupke Chupke and the tragic romance Mili. In fact, the twosome had signed him up before that for their home production Abhimaan, a tale of marital discord, knowing his mettle. All three films and their roles were as diverse as cake, cheese and champagne. But they were all delicious!

For the record, Bachchan was in a cameo in his wife’s debut Guddi (not with her) and was the narrator in her Bawarchi, two more Hrishi-da delights.

Dharmendra-Hema Malini with Dulal Guha
Together, they could be called the ultimate star pair from the post-1960s, with a long innings of foolproof hits. Dharam’s favourite director, Dulal Guha, tried them out in varied hues—in the hard-hitting social blockbuster Dost, in the dynamic action comedy Pratiggya (produced by Dharmendra himself) and in the interesting story-driven thriller Dil Ka Heera that did average business. There was a fourth film that Hema Malini ghost-produced, Do Disayen, but it was a washout.

Dharmendra-Hema Malini with Pramod Chakravorty
This pair was also the blue-eyed team of another big-name director, Pramod Chakravorty. The Bengali director with a difference (he believed in total entertainment) successfully went into a social drama (Naya Zamana) with them first, and then cast them in his action spectacle Jugnu, a mega-hit. Apart from some three or four more films announced that never took off, he managed to make two more successes with the magic pair—Hema Malini’s home production Dream Girl, and his own fairytale story, Azaad.

Dharmendra-Sharmila Tagore with Hrishikesh Mukherjee
This was Hrishi-da (as Mukherjee was known)’s original and long-lasting favourite screen pair. Anupama , Dharmendra’s offbeat, flop but much-honoured home production  Satyakam and their hilarious Chupke Chupke formed their priceless trio together. However, not many know that Hrishi-da was so close to the two that he also edited their films Mere Humdum Mere Dost and Yakeen, a spy thriller directed by Brij, both of which were musical hits. In other words, Hrishi-da was a part of all Dharam-Sharmila films between 1966 and 1975 and gave them final shape! 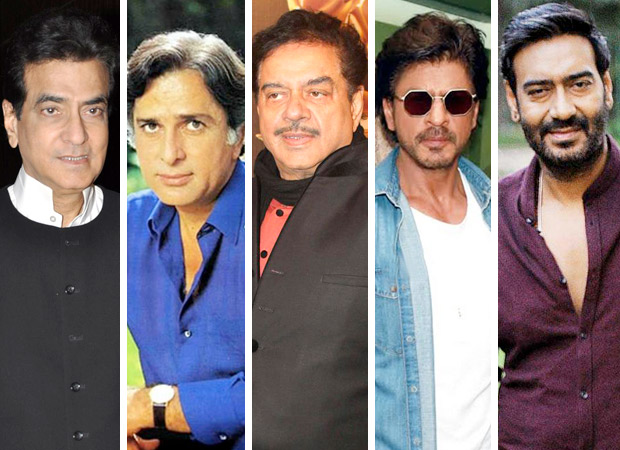 Jeetendra-Jaya Prada with K. Bapaiah
Call it down market, crass or just Chennai commercial. K. Bapaiah cashed on on this hit dancing pair to deliver a repeated quota of hits like Mawaali, Maqsad, Swarag Se Sunder and Pataal Bhairavi. Only one flop spoilt their record—Majaal!

Jeetendra-Rekha with T. Rama Rao
This was a more serious and variegated record. Packed within a little more than a year (mid-1980 to late 1981) were three big hits, Judaai, Maang Bharo Sajana and Ek Hi Bhool, all termed “Madras melodramas”—the strange part was that Rao never worked with them as a pair again, though he continued doing separate films with both of them!

Raj Kapoor-Nargis with Raj Kapoor
Opinion is divided on whether Raj Kapoor’s first film as producer-director, Aag, was a tepid success or a flop, but the iconic love pair of Hindi cinema gave us a fab trio of musical blockbuster classics, Barsaat, Awara and Shree 420, under the master himself. And each was a trendsetter apart from breaking box office records.

Shatrughan Sinha-Reena Roy with Subhash Ghai
This team has a ‘Conditions Apply’ tag—after two films that kick-started the filmmaker’s career—Kalicharan and Vishwanath, Shatrughan Sinha and Reena Roy appeared in Subhash Ghai’s third success, Gautam Govinda, without sharing even a frame with each other, as Roy had a cameo!

Shah Rukh Khan-Kajol with Karan Johar
There is an asterisk here as well—their third film, My Name Is Khan, made good business only overseas. But for what it is worth, Kuch Kuch Hota Hai and Kabhi Khushi Kabhie Gham… remain iconic predecessors to that only-overseas-hit film.

The ‘Golmaal’ team & Rohit Shetty
The peak of any combination giving us repeated successes is the Golmaal team with their director Rohit Shetty: and their box-office graph is steadily on the ascent! Golmaal—Fun Unlimited, Golmaal Returns, Golmaal 3 and Golmaal Again all saw Ajay Devgn, Arshad Warsi and Tusshar in the principal cast. Shreyas Talpade has also been a part of the last three films. As of now, this is a unique case in Hindi, and probably even, world cinema!

Babil Khan responds to a fan who asked if…