Love Sonia won big with an opening night at Indian Film Festival of Melbourne last night. After the success of its premiere in UK, the Melbourne screening received standing ovation as well. Director Tabrez Noorani was present with his leading ladies Mrunal Thakur, Richa Chadha and Freida Pinto were lauded for making a ‘heart wrenching, hard hitting and disturbingly moving’ film as mentioned by most audience members present for the screening. 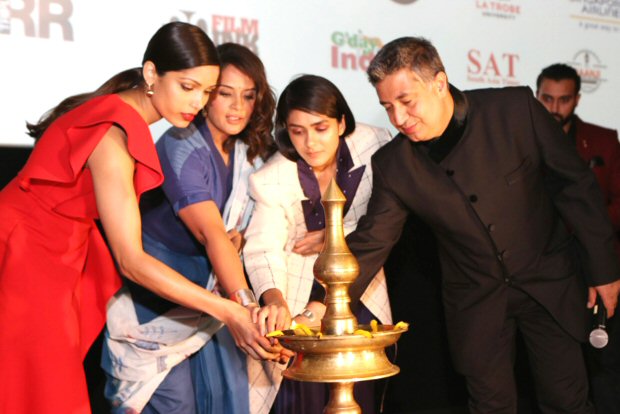 The film which is a hard-hitting story of a 17 year old girl who risks her life to rescue her sister from the sex trade is shot in India, Hong Kong and Los Angeles.

Noorani said, "It’s exciting and such a privilege to bring Love Sonia to the Indian Film Festival Of Melbourne. We hope the movie resonates with audiences here as it has in London and I look forward to being able to interact with the audience here on the opening night." 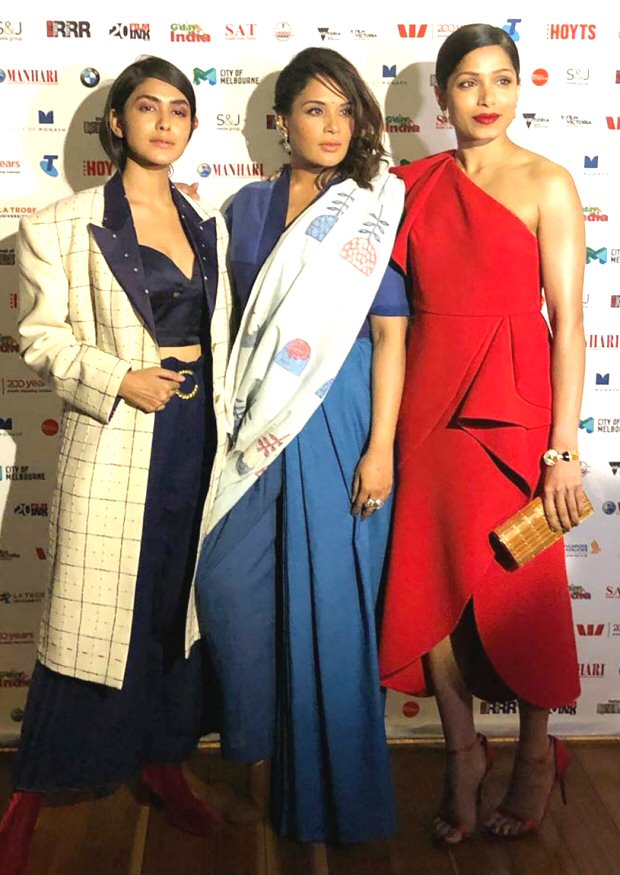 Producer David Womark shared, "Both Tabrez and I are proud to have Love Sonia opening the Indian Film Festival of Melbourne. Ang Lee has said that when there is a strong woman character in a story - it always grabs him. We are very fortunate in Love Sonia to tell the powerful story of a strong woman’s journey.”

Co-Producer Amar Butala said, "After a standing ovation in London, I am extremely happy that Love Sonia has opened another prestigious festival and has again been loved by the audience. We are now gearing up after London and Melbourne to bring the film back home, to India.”

After watching Love Sonia at IFFM 2018 last night filmmaker Rajkumar Hirani expressed, “The most disturbing film I have ever seen in life and I am saying it in a good way. It requires tremendous courage and empathy to do this, big salute to the entire team of Love Sonia.” 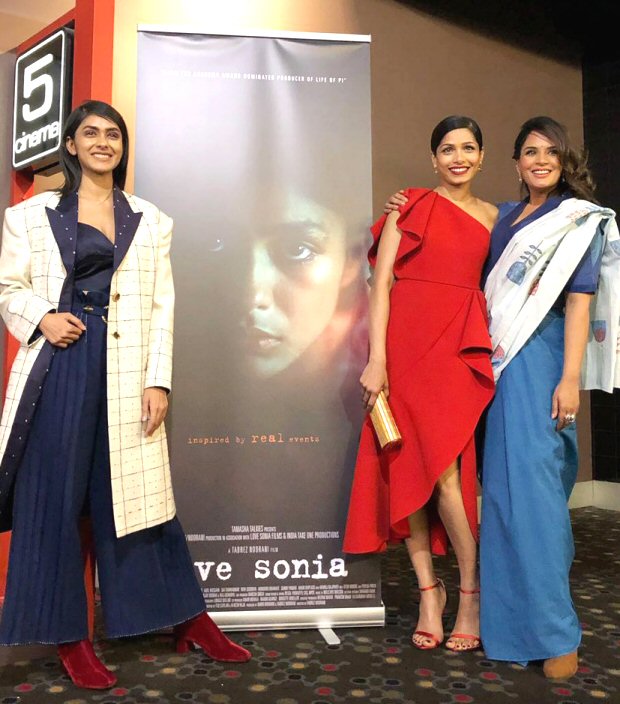 After watching Love Sonia, Vicky Kaushal too expressed his opinion saying, “Stunned and shocked and so moved after watching Love Sonia. It’s one of those rare movie experiences where you don’t wish to break the illusion that it was a film you were watching after you are done with it. Every moment, every performance is as real as it can get. Kudos to Tabrez for his brilliant research and direction and to each and every actor in the film.

Love Sonia is scheduled to release in India in September.

Also Read: After London, cast and crew of Love Sonia is all set for Indian Film Festival of Melbourne