With just two more episodes of The Lord of The Rings: The Rings of Power remaining before the first season concludes, the Amazon Original series treated viewers with a massive battle sequence in episode 6, Udun. The mind-blowing episode is considered one of the most consequential events in the history of J.R.R. Tolkein’s Middle Earth. Among many sequences that left the viewers in awe, the events that followed Arondir aka Ismael Cruz Córdova romped up the scope of action in the series close to the epic finale. 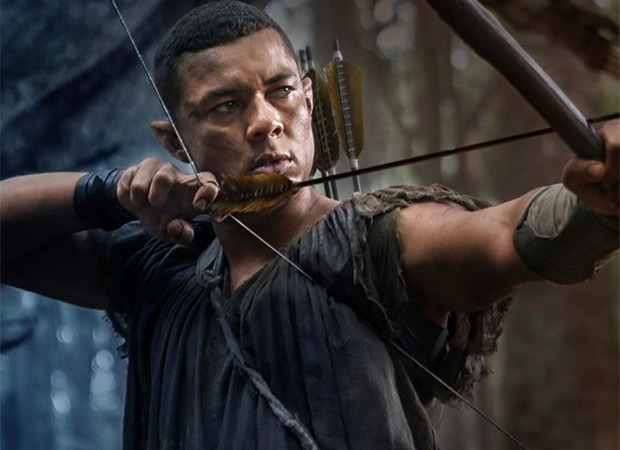 Talking about one of the most intense scenes where he was faced with an Orc where he manages to stab the berserker in the eye, Córdova said, “There are no stilts or camera tricks. The guy is massive, an incredible mover and fighter. I had to climb on him, step on his hip and leg and wrap myself around and strangle him as he’s moving around. It’s almost like being on a mechanical bull. There were no rigs, no wires, we were not being supported by anything. I was on the back of this massive man trying not to fall.”

The actor dissected his training for the battle that took eight months, and that fight alone was three months of preparation. He said, “The one that was the hardest was when he broke the column with my back and I had to keep my head forward, tuck my chin into my chest so that when he slams me against it my neck doesn’t whiplash. But, of course, sometimes it does. My neck was just destroyed; I was like a robot walking around.” After all the lessons in archery, martial arts, wirework and fight choreography, he “lived in a perpetual state of soreness” and was “full of bruises.”

Córdova was covered with the Orc’s blood, which was a mixture of gooey chocolate, gelatin and food colouring. Describing that he further added, “It was so sticky, so uncomfortable and so cold when we were shooting those night shoots. It all kept going into my breastplate. So I had this pool of sugary goo on me for the better part of two weeks.”

Six episodes of The Lord of the Rings: The Rings of Power are available to stream now in English, Hindi, Tamil, Telugu, Malayalam and Kannada. The Amazon Original series releases new episodes every Friday till October 14.