The year 2020 was the worst year for Hindi film industry with just one hit at the box-office – Ajay Devgn’s 100th film Tanhaji: The Unsung Warrior. It was the worst year for Bollywood, taking away the crown from 2002, which saw the release of just four hit films; however, the key difference between the two years was the fact that one saw a plethora of releases, whereas the other saw a no show at the ticket window owing to a shutdown infused by coronavirus. While producers of some films took the direct to OTT route, thereby unlocking the blocked capital, there are many which are waiting for the on-ground scenario to get better for a theatrical release. It’s been three months since cinema halls have reopened; however, one is yet to see the arrival of any “considerably big” or even “mid-sized” film from Bollywood. What insiders say is that the producers are observing the global scenario and will take a call on the release calendar only towards mid-January. The wait and watch scenario has led to lucrative periods like Christmas, New Year and even Republic Day go waste without any significant release, leaving the cinema owners with no content. 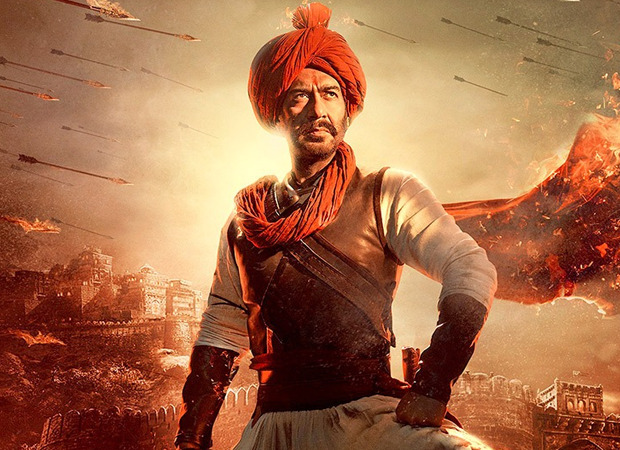 With eight months of no show and future still looking hazy from the production section, we hear, single screen owners have started to explore alternative business options by getting in talks to rent their properties at key locations to e-commerce business as go-down for storage purpose thereby generating some income from land and property on a monthly basis. 2020 has gone by and 2021 is here, so what does it hold for Bollywood from a business perspective? This needs to be decoded from a broad point of view. With a backlog of 20 mid to big sized films and at-least 30 more films in production gearing up for a release in 2021, we are looking at a jam-packed release calendar and that would make a clean run rather difficult for any film, which was usually a norm for films featuring superstars. There are 52 weeks in a year, of which, we are at-least 6 to 8 weeks away from the release of the first major Hindi film, leaving 44 weeks for 50 plus major Hindi feature films. A crowded scenario with weekly flow of releases and multiple clashes during not just the festive weekends like Eid, Diwali and Christmas but also Bank Holidays like Independence Day, Gandhi Jayanti, Dussehra, Ganesh Chaturthi is expected in 2021.

While this is good news for exhibitors, with flood gates opening up for a week-on-week revenue post February (well, that’s what we hope), this is a reason to worry for producers, as the audience would have multiple options of big screen entertainment, and a below par content would mean, collections coming down like a pack of card, right after the opening weekend. A superstar film, which generally sustained at the box-office for a week, might rest in peace right after three days, and in certain cases, not even the opening weekend. The overcrowding scenario aside, there are some films which have been in the cans for a while now, and there is also a chance of them starting to look a bit dated, as the times are changing fast. The waiting period is also adding on to their budgets due to interest factor and opportunity cost.  The longer they wait, the more will be the budget and the more difficult would it get to recover.

Covid is here to stay for another six months, though the impact and public fear might reduce a bit with the news around vaccines coming in. But till the virus is here, it’s unlikely for the cinema halls to operate at 100% occupancy. The restrictions and some sort of fear would continue and this in itself would bring the business potential down by 40 to 50% for Hindi films, as a full house board is nowhere seen in the vicinity. If the increased budget, and the reduced capacity due to Covid is was not enough (and not under control too), the crowded calendar (which could have been avoided with better planning) is here to make things a little difficult, more so for the films whose content would not be up to the mark. It’s unlikely for even “good films” to reach their actual potential at the box-office, in the midst of pandemic. Ideally, some producers who are already in the plus with respect to their budget by pre-selling satellite, digital and music rights, should have taken the risk and got their films out in the December and January window, as that would pave a path for others to follow. Bringing their films in Covid times would have resulted in “loss of profit” and not “loss of revenue” as they have recovered not just their budget but also earned profit from pre-selling the rights. And there are a lot of films that are already in the plus.

With issues not looking to end in 2021 as well, we expect multiple changes in the way industry functions. While the window between OTT and theatrical release is expected to come down to 4 weeks, as that would fetch producers more revenue from OTT platforms, to make up for the theatrical losses (to avoid their “loss of profit” scenario), we also expect some studios and OTT players exploring the Warner Brothers model of business – hybrid release in cinema halls and with digital platform on a pay per view model.  We have seen how business has come down in the west with Tenet and Wonder Woman as the prime examples, and with all the factors discussed above, we are certain that Rs. 150 crore will become the new Rs. 300 crore club at the box-office for next 8 to 9 months. But well, as discussed, the industry too has accepted the new normal, and exploring ways to ensure that the revenues, if not same, are around the pre-covid times by adopting new norms of business. And all the limitations shouldn’t stop them from bringing their films on the big screen, as there has to be a beginning to reach the pinnacle in the finale. One can’t expect business to elevate overnight – it would take time to win over the audience, to get them back in the cinema halls – and that would happen, only if we have constant flow of releases. One can’t reach the peak of Mount Everest without starting from the bottom. By forgoing short term “loss/reduction of profits”, the industry should look at the long-term repercussions of their decision, buckle up and take long strides to bring the audiences back and that can happen only with constant flow of films featuring the top names of the industry. The sooner they start, the sooner will the audiences be back!