The month of September is off to start with an array of promising plots and stunning ensemble casts in the K-dramas. The latest drama to hit the block is Little Women which is touted as the official adaptation of Louisa May Alcott's 19th century novel of the same name. The drama draws heavily from the book, but it has its own charm of classic plot twists that K-dramas are known for. Little Women premiered on September 3, 2022 with one episode airing on Saturday and Sunday each, simultaneously on the South Korean network tvN and Netflix. 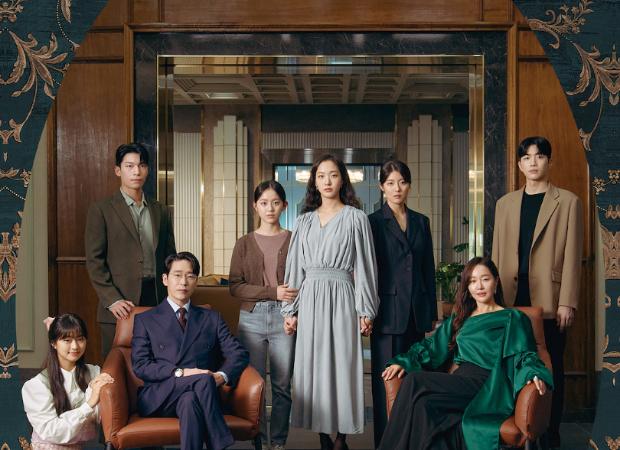 What would you do if you had a lot of money? After living in poverty all their lives, three sisters were faced with this question when they suddenly came across a mysterious sum of 70 billion won.  The cast of Little Women features Yumi’s Cells’ fame Kim Go Eun as Oh In Joo, the eldest of the three Oh sisters. She works as an accountant and is an outcast at work and also a divorcee. Next is Nam Ji Hyun of Suspicious Partner fame as Oh In Kyung, a reporter by profession who is an alcoholic. Last is Park Ji Hu of All of Us are Dead as Oh In Hye, the youngest of the three who is attending the prestigious Seran Arts School. She got admitted to the school purely based on her talent with a fully funded scholarship. The three sisters work hard to pay off the debts that their deceased father had incurred over the years. Their mother is very self-centered. She runs away to the Philippines with the hard earned money that In Jo and In Kyung wanted to give In Hye on her birthday.

The characters are introduced in their present circumstances and how they make do with their limited income, huge debts and a poor lifestyle. In the novel, poverty was a circumstance for the March sisters, but in this drama it is like shackles to their feet. They are often looked down upon and their economic status often becomes a hindrance for their social standing.

Where Louisa May Alcott's novel was about the March sisters striving hard to rise up from poverty and have a good lifestyle, the Kim Hee Won directorial demarcates slightly from the plot where along with their poverty, the sisters get involved in sinister plots involving politicians and those in power. The book had four sisters whereas the drama has only three. Flowers, especially orchids are a recurring plot device that give out clues. The blue orchid especially appears as a sinister warning of impending death. Who orchestrates it, or who is the master puppeteer is still a mystery. The first two episodes are off to a promising start with Easter eggs spread out evenly in both episodes. The second episode features an important cameo by Song Joong Ki whom we last met in Vincenzo. His character gives a great clue to In Jo for her ongoing investigation on her colleague Hwa Young's sudden death.

In addition to battling demons at work, the sisters also battle economic problems every day. Their condition is shown in a tight squeeze of hard hitting dialogues by In Jo in the first episode itself especially when she says to her mother, "We get into more debt with every breath we take ''. She was once married and later found out that her husband was a con artist. Neither of the three sisters are looking at dating as they are more engaged in rising up above poverty. There is a possibility of a prospective romance, but it is best kept to the makers to unravel.

Squid Game fame Wi Ha Joon appears as Choi Do Il, a Wharton graduate who joins hands with Oh In Joo to find a missing slush fund that was allegedly hidden by Hwa Young. His appearance is sudden and laced with mystery. He appears to be helping the company find the money but he could also have ulterior motives. It remains to be seen how his character is shaped up.

The frames of the drama are largely in brown, black and grey. The murky dark tones match to the present condition of the Oh sisters changing the palette to brighter colors when any character makes a headway in something they are pursuing.

To conclude, the Korean adaptation of Little Women has remained true to its parent story. It brings with it a classic K-drama element of mystery and intrigue. There is a social and economic struggle of the Oh sisters that is shown in parallel to the much larger power politics game at play.