Best friends on-screen and off-screen Jennifer Aniston and Lisa Kudrow had a virtual Friends reunion as part of Variety's Actors on Actors series where they spoke at length about their show, upcoming reunion amongst other topics. 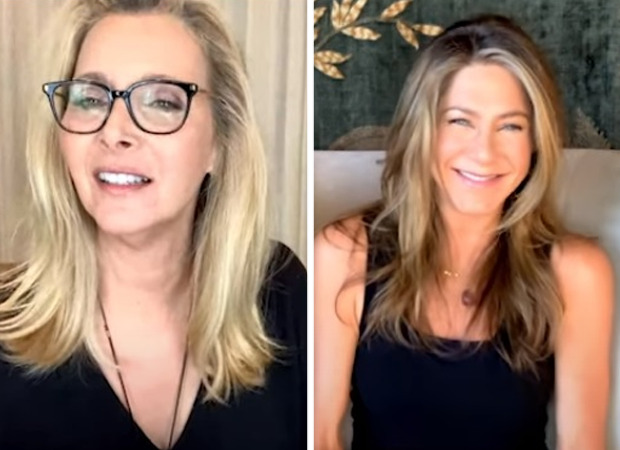 During the conversation, Lisa revealed why she does not watch the re-reruns of Friends. “I don’t watch the show. I’m still not watching it in the hopes that one day we sit down and watch them together,” Lisa said.

Jennifer quickly responded by saying, “That’s something that will happen.” They went onto discuss why the show became so popular.

One of the most awaited reunions of all time is that of the cast - Friends. With HBO Max launching later this month, the cast was supposed to tape their reunion special but due to coronavirus pandemic, the shoot had to be delayed. Now, the makers are looking at later this summer for the taping.

Lisa Kudrow was recently seen in Space Force with Steve Carell which is releasing on Netflix. Jennifer Aniston last worked on The Morning Show with Reese Witherspoon.

ALSO READ: Lisa Kudrow talks about upcoming Friends reunion and what would Phoebe do in self-quarantine