Social Dilemma on Netflix is getting a lot of attention and rave reviews. The documentary bares the reality of how social media manipulates us. The whistle-blowers of companies like Facebook, YouTube, Google, Twitter have assembled to make everyone aware of the perils of social media. It can even make you think a certain way and thus influence your reactions. It is today the most potent device to insinuate, prod, influence, manipulate and terrorise anyone who has a social media account. It is part harrowing and part hopeful because at the end of this documentary it does tell you about some tips that you can follow to not become a social media slave. It also exposes the existential threat that social media is to the democracy of many nations. We are always under surveillance. But the movie leaves a lot to the imagination. While it tells you how there's always someone watching you, you aren't aware of how deep this nexus goes. How exactly are these tech giants using your data for their use and becoming rich? Fret no more as we have just the content you need to watch to dig deep and all five of them are streaming on Netflix. 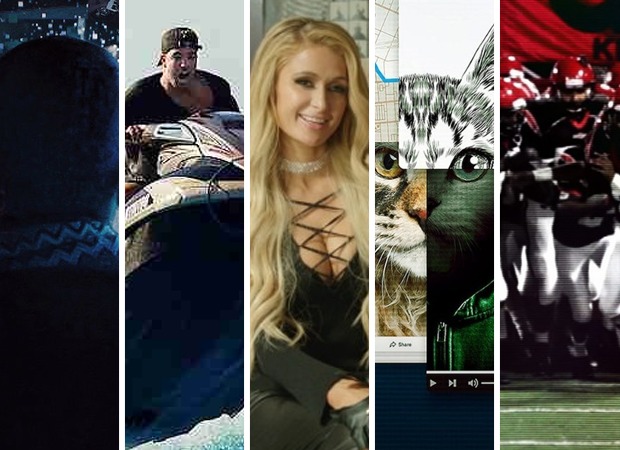 1. The Great Hack: Social Dilemma does tell you about targeted ads but how far they would go. The Great Hack talks about the many digital crusades that took place before the 2016 US presidential elections and how they were politically motivated. It shows how Cambridge Analytica used FB's data to disperse politically charged ads during the elections. The agency harvested the personal details of millions of FB users without asking for any user permission. If Social Dilemma didn't scare you enough, The Great Hack might leave you shaken.

2. Fyre: The Greatest Party That Never Happened: The name itself is self-explanatory. Information about a party went viral on social media especially Instagram but there was no party. The party was sold as an exclusive one on an island in Bahamas and beamed by many supermodels. If anyone comes across the commercial of the same, they would feel a severe pang of FOMO if they don't go for it. The idea behind the whole scam was to see how social media can make a lie seem so true. We have always heard people say social media lives are not reflective of what a person is feeling in reality. Fyre explains it perfectly.

3. The American Meme: We often feel it's very easy to be an influencer. But the point is not being important on social media once. It is about sustaining that interest in your content which is the real challenge. The American Meme follows the lives of Paris Hilton and Josh Ostrovsky, Brittany Furlan, and Kirill Bichutsky's journey of creating their empires. Social media isn't always a curse but can come to your aid if you use it well. As they say, there's always the other side of every story.

4. Don't F**k With Cats: The internet is also a place where people flaunt their skills and even find appreciation for it. But in the wrong hands, it could be used to propagate sadist activities. A killer posts videos of him killing kitten gruesomely. He was remorseless but a group of amateur online sleuths and animal lovers got together to bring it to book. Like we said before it all depends on how you put your connection to use.

5. Roll Red Roll: A true account of the 2012 Stuebenville, Ohio High School Rape case, this documentary will send a chill down your spine on how a whole town rallied behind the rapist High Schoolers while they boasted about the incident on social media. It got a lot of attention

after Crime Blogger Alexandra Boggard dug dipper and found out these boastful messages of the perpetrators on the web. Here social media worked both as a platform to turn these boys into narcissistic goons and a source to prove their crimes.