On Friday, Akshay Kumar began shooting for Aanand L Rai's film Atrangi Re with actress Sara Ali Khan. The film also stars Dhanush in the lead. A video of Akshay and Sara shooting for the film earlier today in Delhi has now gone viral on the internet. 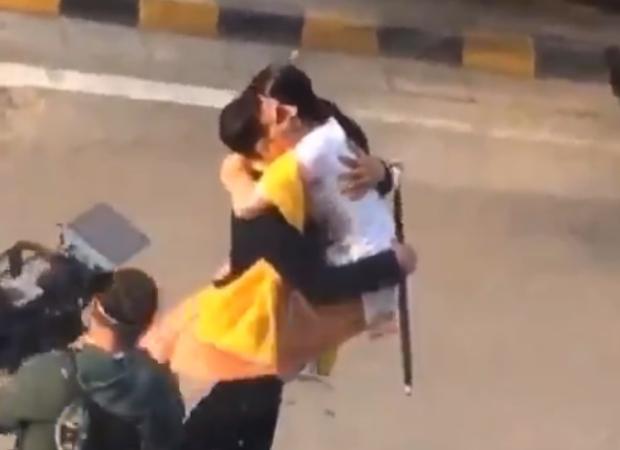 The video seems to have been shot by a localite from a distance. In the video, Sara can be seen running towards Akshay and clings to him with joy. In another video, Akshya and Sara can be seen filming a scene on a skywalk. The two can be seen in an animated conversation as they walk on the skywalk. While Sara is seen sporting an ethnic outfit, Akshya is seen in a shirt, pant and a blazer.

Earlier today, Akshay Kumar shared the first still from the film along with Sara Ali Khan. The duo is seen walking with their arms around each other as they share cute smiles in this candid. Akshay took to his social media to share the still and wrote, “ The joy brought by those three magic words is unmatched : Lights, Camera, Action ???? Begun shooting for #AtrangiRe by @aanandlrai. Need all your love and best wishes ???????? An @arrahman musical. Written by: #HimanshuSharma @saraalikhan95 @dhanushkraja @tseries.official @cypplofficial #CapeOfGoodFilms @harjeetsphotography”

ALSO READ: Akshay Kumar set to become the NUMBER 1 STAR of Bollywood; expected to contribute between Rs. 700 to 800 crores in 2021