Salman Khan is definitely one of the busiest actors in the film industry. The actor is busy shooting two films- Race 3 and Bharat. While Salman has been quite in news lately over his Blackbuck Poaching case sentencing, he is currently out on bail and completing his projects. Meanwhile, one of the most awaited projects of Salman Khan is Dus Ka Dum which is returning this summer. While we have been keeping the readers updated on the upcoming reality show, promos, and music video, we can now confirm that the actor is begun shooting for the show. 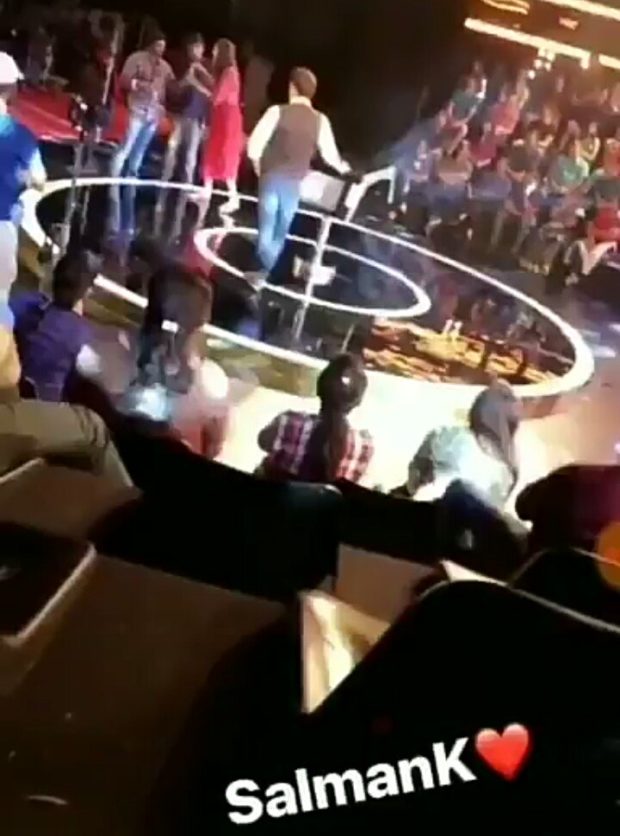 We came across some leaked photographs from the sets of Dus Ka Dum. In one of the pictures, one can see Salman back on the stage with his participants while viewers enjoy are seated and watching the show. He is seen dressed in white shirt, denims and beige waist coat. The first episode shooting began today in Filmcity, Mumbai. In another leaked photo, we can see the lavish set which has a vibrant look to it.

A couple of days ago, Salman Khan shot a special music video for Dus Ka Dum. The song for the video has been sung by Mika Singh who has sung Salman’s hit track ‘Jumme Ki Raat’. The said videos will have a peppy vibe to it. 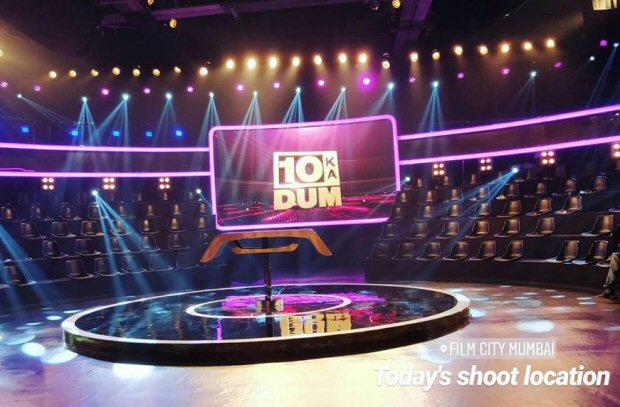 Meanwhile, Salman Khan just began shooting for Bharat. This film is a third collaboration with Ali Abbas Zafar after Sultan and Tiger Zinda Hai. The film will mark the return of globetrotter Priyanka Chopra.