Readers would be aware that there were have been several reports about Aamir Khan being part of Koffee With Karan 7. At first, it was being said that he will be accompanied by Naga Chaitanya and later some other reports suggested that he would be doing a solo appearance. However, now shutting all those reports, we can see first-hand that the superstar will be attending the show along with his Laal Singh Chaddha co-star Kareena Kapoor Khan. 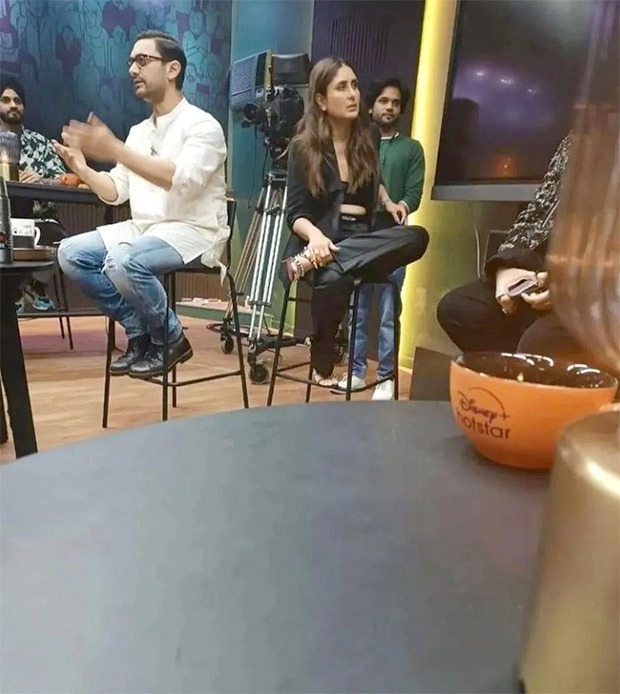 Photos of Kareena Kapoor Khan and Aamir Khan shooting for Koffee With Karan 7 has gone viral across all platforms. In fact, the onscreen couple was also seen meeting fans and taking selfies with them. This season, they have introduced the Koffee jury, who vote for the best Rapid Fire performer. The jury includes the show’s fans and it seems that they were super excited to meet this superstar duo as they ended up clicking many photos of Aamir Khan and Kareena Kapoor Khan. Here, have a look at the post:

Kareena Kapoor Khan has been ‘Koffee veteran’ who has attended the show with many celebrities including her family. In the past few episodes, she has attended it with her cousin Ranbir Kapoor, Veere Di Wedding co-actress Sonam Kapoor, Priyanka Chopra, among others. She has also attended the show with husband Saif Ali Khan in the past. On the other hand, Aamir Khan has made three appearances in the past on the show which includes one with ex-wife Kiran Rao, one solo appearance and one with his Dangal co-stars Fatima Sana Shaikh and Sanya Malhotra.

While the episode is expected to premiere next month, Laal Singh Chaddha is expected to release on August 11. The film is said to be clashing with yet another release – the Akshay Kumar, Bhumi Pednekar starrer Raksha Bandhan. The Aamir Khan, Kareena Kapoor film will also feature Naga Chaitanya in a pivotal role. Directed by Advait Chandan, the film is the official remake of Forrest Gump.