Producer Sajid Nadiadwala and Namah Pictures' collaboration, Satyaprem Ki Katha starring Kartik Aaryan and Kiara Advani is slated to release in 2023. The team already wrapped up the Mumbai schedule in early October. Last week, they headed to Gujarat for the Ahmedabad schedule and kicked off the shoot in real locations.

As per several leaked photos, Kiara Advani and Kartik Aaryan were seen riding a bike. The actor was dressed in a blue kurta whereas the actress wore a light blue salwar kameez. 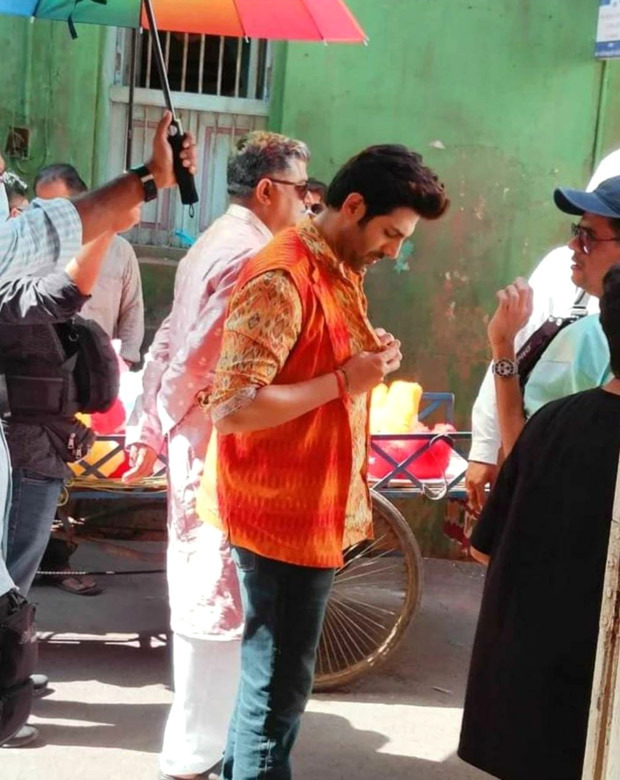 In another set of photos, Kartik was surrounded by the crew of the film. He was donning an orange-yellow printed shirt. He was joined by Gajraj Rao on the location. Fans have been mobbing the set to catch a glimpse of the actors. The Ahmedabad schedule will go on for 15-20 days. The city plays an important part in the narrative of the story. They plan to shoot at as many real locations as possible. 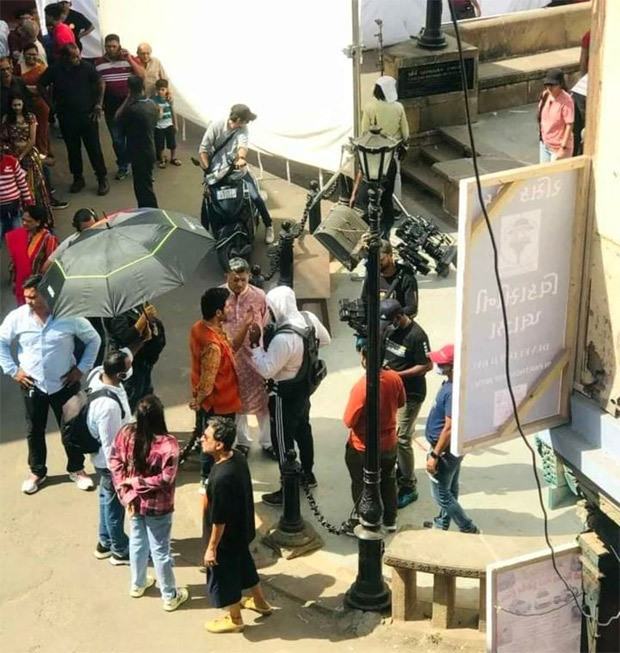 Satyaprem Ki Katha will mark Kartik Aaryan & Kiara Advani's reunion after their last venture Bhool Bhulaiyaa 2. The film, which released in May earlier this year, was a blockbuster.

Satya Prem Ki Katha also marks a collaboration between NGE and Namah Pictures. Satyaprem Ki Katha will be releasing in theatres on June 29, 2023.

Meanwhile, Kartik Aaryan will next star in Freddy which is seeing a direct-to-digital release. The announcement was made on October 27 that the film will premiere on Disney+ Hotstar. It stars Alaya F opposite Kartik Aaryan. It marks his second digital release after Dhamaka.  He also has Kabir Khan's next which was announced a couple of months ago and Captain India.

On the other hand, Kiara Advani has Ram Charan's next RC 15 with Shankar. She was last seen in Jugjugg Jeeyo with Varun Dhawan, Anil Kapoor and Neetu Kapoor. She is reportedly also gearing up to reunite with Shershaah co-star Sidharth Malhotra.