Marvel’s 2020 lineup is pretty interesting. One of the films announced in phase 4 line up is The Eternals and it is the only film that is currently under production. We have already seen Kumail Nanjiani's transformation. Now, some leaked photos from the sets of the film reveal that Game Of Thrones star Kit Harrington was shooting scenes with Gemma Chan in England. 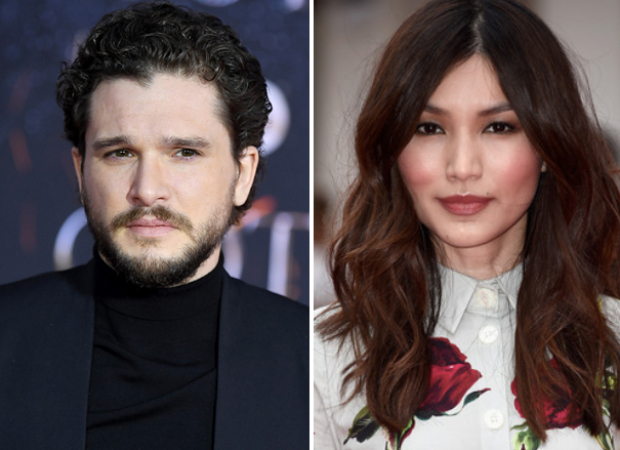 Dressed in civilian clothes instead of his costume, Kit Harrington is seen having a conversation with Gemma Chan. The actor will essay the role of Black Knight in the film, but in the leaked photos, he is dressed in archeologist Dane Whitman's civilian attire. The actor is seen with Sersi played by Gemma Chan's Sersi and it seems like they were shooting present-day scenes.

In comics, Black Knight and Sersi were romantically involved but didn't last long. It seems like this film might establish a comic book romance.

The film stars Angelina Jolie as Thena, Salma Hayek as Ajax, Richard Madden as Ikaris, Kit Harington as Black Knight,  Kumail Nanjiani as Kingo, Lauren Riddlof as Makkari, Don Lee as Gilgamesh and Brian Tyree Henry as Phastos. The Eternals will be the next superhero team that will release in November 2020.