Pop sensation Lady Gaga will be back this year with her new studio album 'Chromatica' that was supposed to release on April 10. The fans are stoked to witness new sound from the singer who recently released a track 'Stupid Love' from her album. After multiple rumours about big collaborations, the singer has confirmed that Ariana, K-pop group BlackPink and Elton John will be featured on her album. 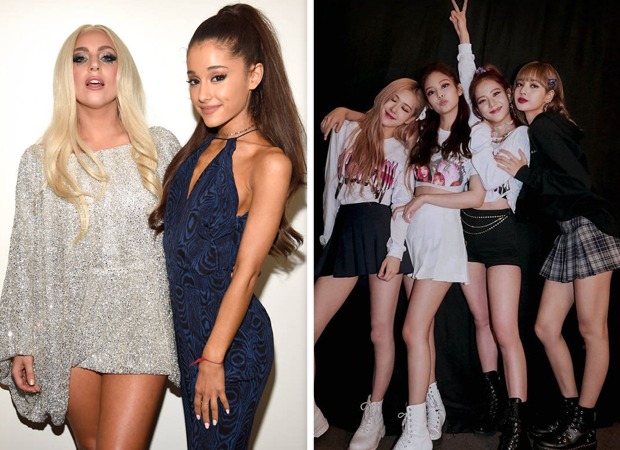 Lady Gaga, on Wednesday, unveiled the tracklist of her upcoming album after he was leaked earlier in the day.

Lady Gaga postponed her album launch recently and even revealed that she was supposed to do a surprise set during Coachella 2020. "I know you are disappointed. Probably angry and sad," she wrote in a statement. "But I also know that as a fan base ... we are the kindness punks. So I ask you to practice that kindness in these trying times."

As far as the four-member group is concerned, Jisso, Rose, Jennie, and Lisa wrapped up In Your Area world tour followed by four concerts of their Japanese dome tour. They are expected to make their comeback and release new music in the first half of 2020.

ALSO READ: Lady Gaga delays ‘Chromatica’ release amid Coronavirus crisis, reveals she was going to do perform at Coachella