Bollywood actress Kareena Kapoor Khan will be next seen in Aamir Khan starrer Laal Singh Chaddha, Indian adaptation of Tom Hanks’ Forrest Gump. On Monday, Kareena and her team were snapped together while chilling on the sets of the film. 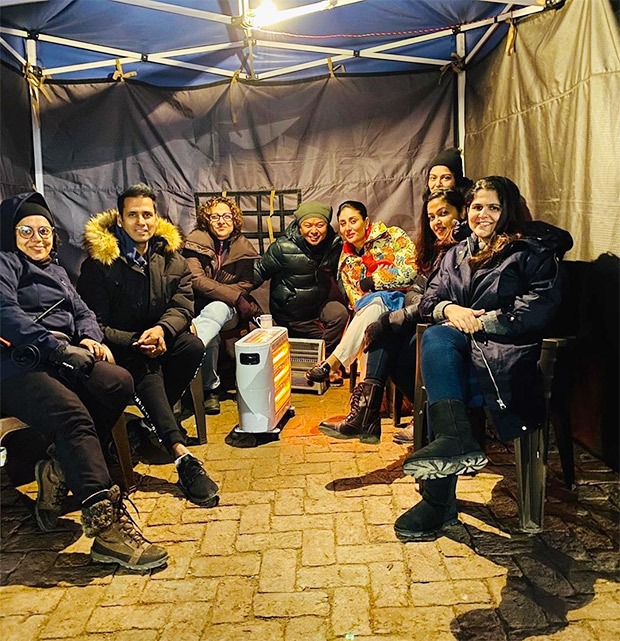 In the picture, Kareena Kapoor Khan, along with her crew members, is sitting in a tent while being wrapped up warm clothes and room heater. The team is currently in Himachal Pradesh for the next schedule.

Aamir Khan is currently shooting for the movie all over India as the makers want to keep the movie as authentic with real locations as possible.

Written by Atul Kulkarni, Laal Singh Chaddha is helmed by Advait Chandan, is produced by Viacom18 Studios and Aamir Khan Productions. The movie is slated to hit the theatres during Christmas 2020.