Sushant Singh Rajput’s demise came as a shock to his fans, friends, and colleagues from the film industry. Actress Kriti Sanon who was a dear friend of the late actor was one of the actors who attended his funeral on Monday. Today, the actress who has worked with Sushant Singh Rajput in the 2017 film Raabta took to her Instagram handle to pour out her thoughts on the events that unfolded after the demise of Sushant Singh Rajput. 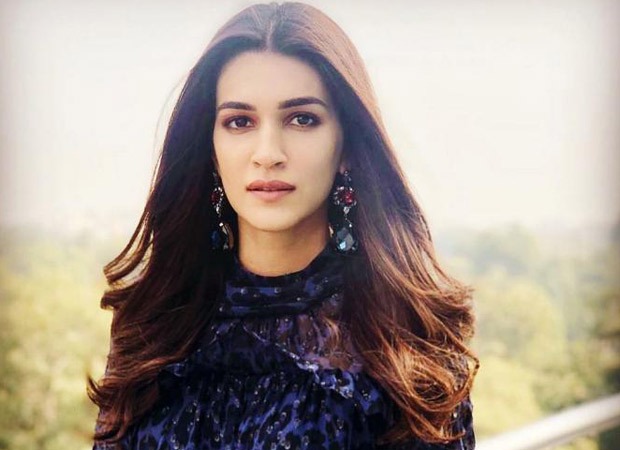 Several members from the film fraternity took to social media to express grief. However, Kriti did not post anything on the day of his demise and was trolled for the same. Talking about trolling and the toxic nature of social media, Kriti wrote, “Its strange that the otherwise trolling, gossiping world suddenly wakes up to your niceness and positive side once you are gone..Social media is the FAKEST, most toxic place. and if you haven't posted RIP or said something publicly, you are considered not to be grieving, when in reality, those are the people grieving for REAL. It seems Social Media is the new"Real" world.. and the Real world has become "Fake".”

The actress further addressed the insensitivity with some media people handled the situation. “Some MEDIA people have completely lost their motive and sensitivity.. At a time like this, all they do is ask you to come live or give a comment! Like really??!Banging the car window and saying "madam sheesha neeche karo na" to get a clearer picture of someone going for a funeral...Funeral is a very private and personal affair.. Lets put Humanity before our profession! I request media to either not be present there or at least maintain some dignity and distance.Behind the starry glitter and the so-called glamour, we are normal human beings with the same feelings as you have.Don't forget that..here should be RULES for Journalism someone should define what acceptable, whats not, what falls under "journalism", and what comes under "None of Your Business" and "Live and let live".”

She further expressed her thoughts on ‘blind items’ published in magazines and websites. “Blind Items should be ILLEGAL, should be banned! They should come under Mental Harassment! So either have proof and some f***ing guts to write the names, or don't write it at all! You write "hear-say" and call it journalisms while you have no idea how badly that can affect someone's mind, their family, their life. Little Birdie is usually not right..The blame game never ends..Stop talking bad about anyone at all. stop the gossip.. stop thinking you know it all, or your opinion is the truth.. Everyone is battling a fight you know NOTHING of. So know that any negativity coming out of your mouth, any trolling, any bitching, shows what YOU are, not what THEY are.. And while most of us manage to ignore it or filter it or not get bothered by one nasty comment, it still subconsciously affects us, some more than others.”

Finally, she also addressed how one needs to stop bringing in gender in expressing emotions. “We need to stop phrases like "ladke nahi rote", "aise nahi rote", "don't cry, be strong".. Crying is not a sign of weakness.. so cry your heart out, scream if you need to know everything that you are feeling, its ok to not be ok, but talk it out with the one you feel might understand. Take your time to heal.. Hold onto your family and people who genuinely love you and care about you..Never let them go.. they are your strength and will be by your side no matter what.. SO LET them be around.. no one is strong enough to battle life alone..,” she concluded.

ALSO READ: “I wish you hadn’t pushed the ones who loved you away,” writes Kriti Sanon as she pens an emotional note for Sushant Singh Rajput

Dulquer Salman’s 5 films to see and the one…

Celebrating the resilience and story of…