Actor Kriti Sanon recently said that she had to distance herself from the social media chatter about her personal life that followed the unfortunate demise of her Raabta co-star Sushant Singh Rajput in 2020. After the demise of Sushant, Kriti Sanon's personal life and friendship with the late actor had become a topic of discussion. 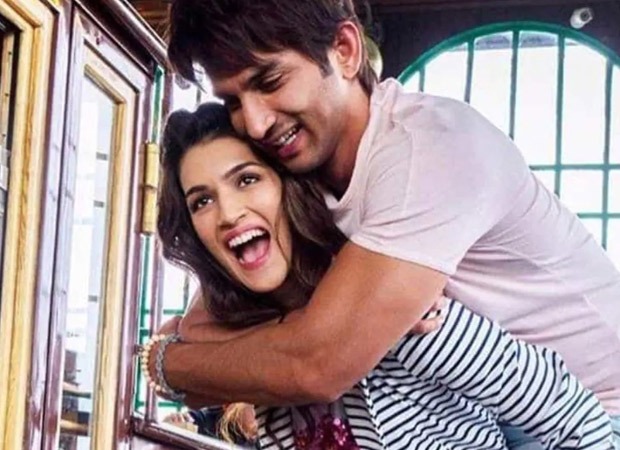 Sanon had posted an emotional note after the demise of Sushant which was followed by vicious trolling on social media bringing up her equation with the late actor. Talking to a news agency, Kriti said that it was difficult to mute the noise but she said that she had her family who helped her find comfort amid the chaos. Kriti said that last year social media was the worst thing that happened to them as it opened up so much chatter and noise.

Kriti further said that she understands that people were frustrated and were taking it out and she does not completely blame them. However, she said that social media had added to a lot of negativity.

The Bareilly Ki Barfi star further said that she felt it was best to stay away from it because what she had to say were extremely personal things that she was sharing with her loved ones and did not need to share with the world. The actress also said that a lot of people were saying many things and some were unfair and so she decided to not be a participant to it.

On the work front, Kriti will next be seen in the film Mimi which also stars Pankaj Tripathi and Sai Tamhankar. Directed by Laxman Utekar, the film will be released on Netflix and Jio Cinemas on July 30.