Kriti Sanon recently took off on a break before she could kick off the promotions of Arjun Patiala. The actress, who also wrapped up Panipat with Arjun Kapoor, is currently holidaying in Zambia with her friends. Over the weekend, needless to say, the actress was setting vacation goals by sharing posts about her Zambia shenanigans. And her selfie with Cheetah became a subject of troll as many people took offence to the photo and accused the actress of promoting a wrong message. 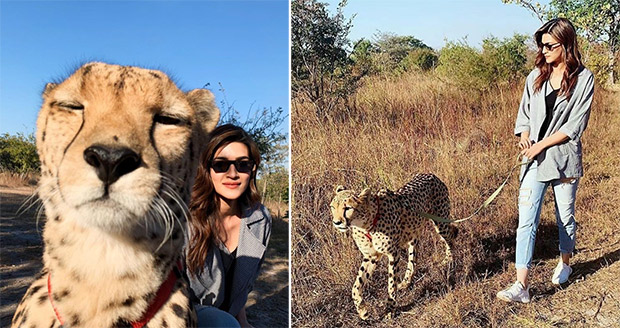 The trolls blamed Kriti Sanon for sharing photos with Cheetah stating that animals are often drugged in these wildlife sanctuary. One of the photos featured the actress taking the cheetah on a stroll with a leash on whereas the other one features the actress taking a selfie with the animal. These photos haven’t gone down well with many who accused the actress of endangering the wildlife species. Some trolls stated that these animals are tamed or tortured and trained for the entertainment of people. The social media users expressed their anger over a celebrity promoting such torture of animals and wildlife and the trolls only reflected how people were extremely affected by it. “This is wrong, neither he is your pet nor your entertainer,” said one of the trolls and another one commented, “Only way to make them act like that is either to drug them or torture train them.” 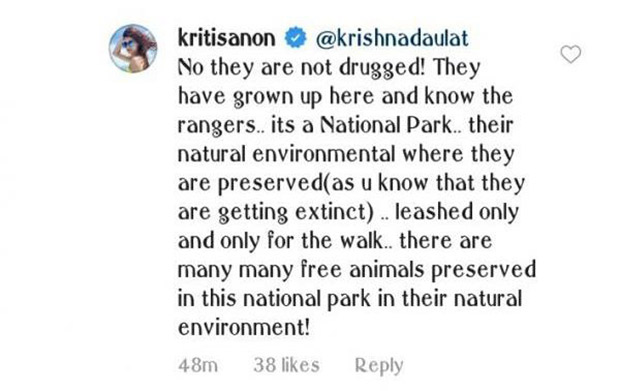 Despite that, the actress commenting on of the social media user’s posts, the trolls have continued.

On the work front, after Arjun Patiala, Kriti Sanon will complete the pending work in the historical drama Panipat. She also has Housefull 4 in the pipeline for release.

Also Read: Kriti Sanon showcases her fearless side as she takes selfies and pets cheetahs during her trip to Zambia [See Photos]