Kriti Sanon is one of India's leading actors today and she has come a long way making it so big all on her own merit. As she has one of the best and most massive line-ups ahead, the Mimi actress is always on her toes, hopping from one set to another and her birthday was no exception. 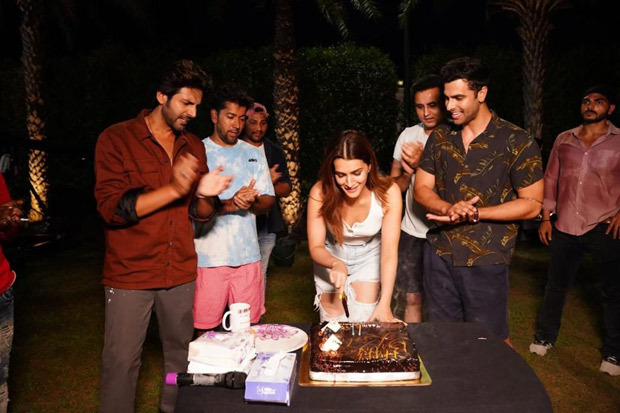 Kriti Sanon celebrates her birthday on the sets of Shehzada in Haryana, See pic!

Stationed in Haryana, Kriti is shooting for her upcoming film, Shehzada in the state and the film team got a cake on the sets for their leading lady. From director, Rohit Dhawan to her co-star, Kartik Aaryan the team could all be seen celebrating with her as they clap while Kriti cut the cake, rocking a white top and ripped jeans.

With an impressive career graph behind her, Kriti's line-up ahead also looks extremely promising with films like Adipurush, Shehzada, Bhediya, Ganapath and Anurag Kashyap's untitled next in the pipeline.