Veteran actress Kirron Kher has been diagnosed with multiple myeloma, a type of blood cancer. The news of the same was shared by Anupam Kher earlier this year in April. The actress has been taking chemotherapy and other treatments at her home and has been recovering well. Recently, taking to her Instagram the actress shared pictures of herself as she returned to work after a long break. 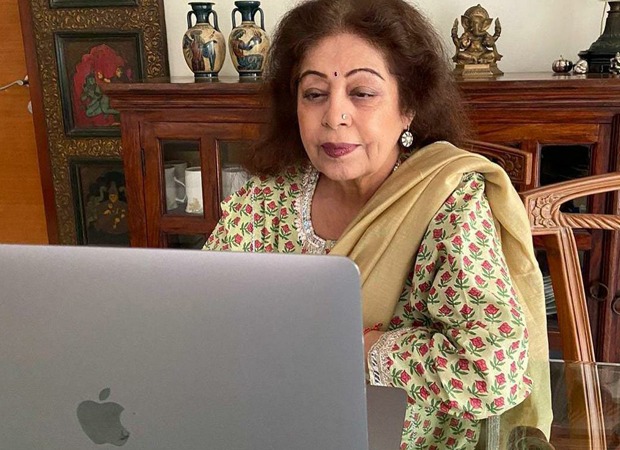 Kirron shared a bunch of pictures in which she can be seen all dressed up well and attending a virtual event on the laptop. The actress who is a member of the parliament inaugurated oxygen plants all over India virtually. Sharing the pictures she wrote, “Today PM @narendramodi ji inaugurated oxygen plants all over India from PM Care funds. Chandigarh got 4. I was honoured to inaugurate 2 of them virtually. One @ GMCH 32 & another @ GMCH 48. Also was present @ PGI where HE Gov & Administrator Banwarilal Purohit Ji inaugurated.”

As soon after she posted the pictures, her husband and actor Anupam Kher was seen cheering for her. He commented, “Well done.” Apart from that, she is been also receiving a lot of praise from her fans and the netizens.

ALSO READ:Anupam Kher celebrates 36th wedding anniversary with wife Kirron Kher; says It has been a long journey, but worth it