Actor Kiara Advani recently travelled to Amritsar to take part in the filming of Ram Charan's Telugu political drama RC 15, directed by S. Shankar. The film will be distributed in three languages- Telugu, Tamil, and Hindi. Additionally, this is not the first time Kiara and Ram Charan have collaborated on a project. They earlier featured together in the Telugu action thriller Vinaya Vedhiya Rama. Now, the Lust Stories actress has shared a photographs from her visit to Amritsar's Golden Temple on Instagram. 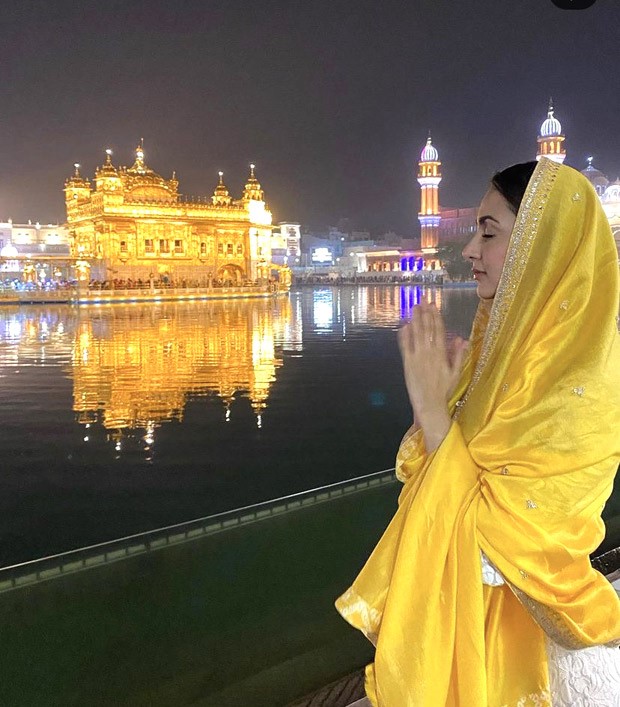 "Gratitude," she captioned the post, which also included folded hands and glitter emojis.

For her visit to the temple, Kiara wore a white kurta with a vibrant yellow dupatta. The actress's gorgeous images garnered over 500,000 likes and thousands of comments from her followers.

Kiara is currently regarded as one of industry's top actresses. She soared to fame in 2016 with MS Dhoni: The Untold Story, in which she co-starred alongside the late Sushant Singh Rajput and Disha Patani, and she hasn't looked back since. Kiara Advani has been experiencing back-to-back blockbuster success in Bollywood, and she was most recently seen co-starring with Sidharth Malhotra in the military thriller Shershaah as Dimple Cheema.

Kiara's next film, Bhool Bhulaiyaa 2, will star Kartik Aaryan and Tabu. The film is scheduled to open in theatres on May 20. The actress will also star in JugJugg Jeeyo alongside Varun Dhawan, Neetu Kapoor, Anil Kapoor, Prajakta Koli, and Maniesh Paul. The film is set to release on June24, 2022. Kiara will also star alongside Vicky Kaushal and Bhumi Pednekar in Govinda Naam Mera.