Kiara Advani, who is currently on a roll with back to back films lined up, has added a reason for her fans excited with her upcoming project. The actress filmed three-ads back-to-back with filmmaker Farah Khan and even did a photoshoot with Avinash Gowariker. 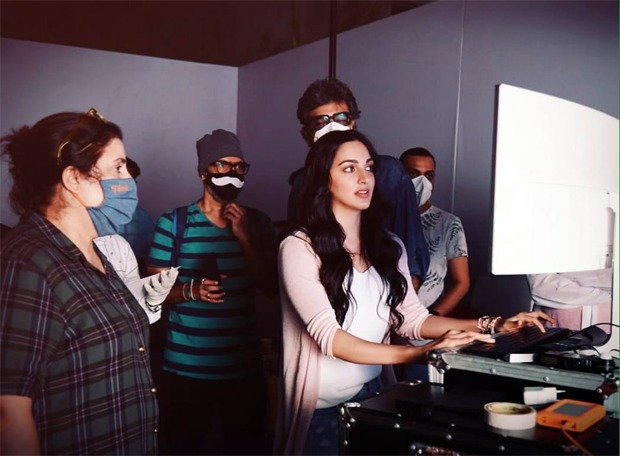 In a picture, the actress is seen shooting with Farah Khan and Avinash Gowariker, puzzling everyone with her next up! The actress filmed three-ads during an eight-hour leg. According to a daily, the ads were filmed at Bandra's Mehboob Studios. Farah Khan said that the team was provided a separate sanitised enclosure. She credited cinematographer Sunil Patel for the shoot to happen smoothly. Kiara apparently did not even take a break during lunch and was ready with her makeup before the camera rolled. Farah said that they were a limited team of 30-40 people including Kiara's makeup, hair, and costume team.

After winning hearts with Kabir Singh and Good Newwz last year, Kiara Advani will next star in her upcoming film Indoo ki Jawani.