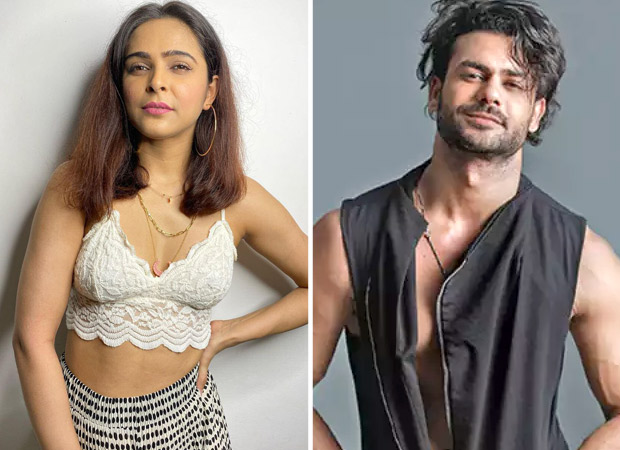 The frying pan incident is from Bigg Boss 13 where Madhurima Tuli participated with her ex-boyfriend Vishal Aditya Singh. In the incident, Madhurima and Vishal got into a verbal spat that led to an ugly fight. Madhurima hit Vishal with a frying pan. Post that, Madhurima was eliminated from the show.

Now, in a recent Instagram video, the actress has urged the channel to stop stretching the issue for so long and let her get over and move on from it. In the video, Madhurima said that she didn't want to make the video, but she had to as she couldn't tolerate the incident anymore. She stated that she has worked with the channel previously on several shows like Chandrakanta, 24 and Bigg Boss 13 in the past and this is least she expected from them that they are using her incident again and again for the sake of their TRP without caring about her personal life and sentiments. She says that she and her family want to forget the incident but they are not letting them do so.

She further took a dig at other incidents which happened inside the house like Sidharth Shukla's aggressive behaviour and Rashami Desai and Sidharth's tea controversy without naming them. She said that despite others being involved in several controversies, they are never mocked or asked about their behaviour and are instead invited to the show and treated respectfully.

Madhurima questioned the channel about their intentions that why do they particularly highlight her and not others. She said if they feel that she doesn’t have a great fan following who can stand up for her and give a befitting answer. In the end, she slammed them by saying that they are playing with the emotions and hurting her family, her fans and her by recreating or talking about her incident every now and then. In the end, she humbly requested them to discontinue it.

Dear @colorstv My Mom is crying since morning, she has Diabetes issues and was hospitalized earlier due to the same incident. You guys don't know a single thing about my personal relation with the person that incident happened. Every single relation in the house was poisonous and everyone has done mistakes in the same house. Please let me move on. It's a request, please consider this video a humble request to not play with my family’s emotions again and again.. Thank you."