Popular Television actress Divyanka Tripathi will be seen in the stunt-based reality show Khatron Ke Khiladi this year. The actress has concluded the shoot in Cape Town a few weeks ago and is back in Mumbai. The actress is also reportedly in the Top 5 of the show. 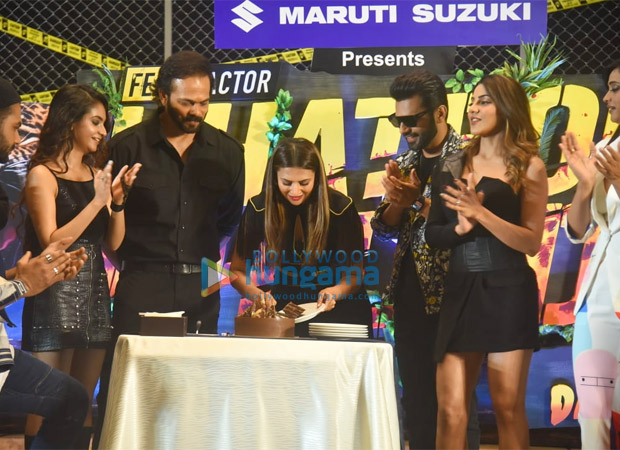 The actress got married to Vivek Dahiya on July 8 in 2016 and today it marks her fifth wedding anniversary. Coincidentally, on the day of her anniversary, her show Khatron Ke Khiladi 11's launch event was also scheduled. The actress, however, ended up celebrating the half-decade of her wedding with the Khatron Ke Khiladi 11 team – Anushka Sen, Rahul Vaidya, Shweta Tiwari, Nikki Tamboli, Vishal Aditya Singh and Varun Sood.

At the launch event, the team of the show brought cakes for the actress as she cut the cake in presence of the host Rohit Shetty and all her co-contestants. All of them wished and blessed her and Vivek as well. Divyanka was seen donning an all-black look like most contestants with a black short dress along with ankle-length boots. After cutting the cake, she gave the first piece to Rohit Shetty and greeted thank you to everyone for showering their wishes.

Khatron Ke Khiladi 11 is all set to premiere in Colors from July 17 onwards.