Katrina Kaif shared a picture of herself on her Instagram stories late on Wednesday night. In the picture, she seems to be snuggling up to a person whose face is not visible. But fans of the actress were quick to dig up a picture of her rumoured boyfriend and actor Vicky Kaushal wearing a T-shirt of the same colour with the pocket placed on the same side. Fans immediately came to the conclusion that it was Vicky in the picture with Katrina. 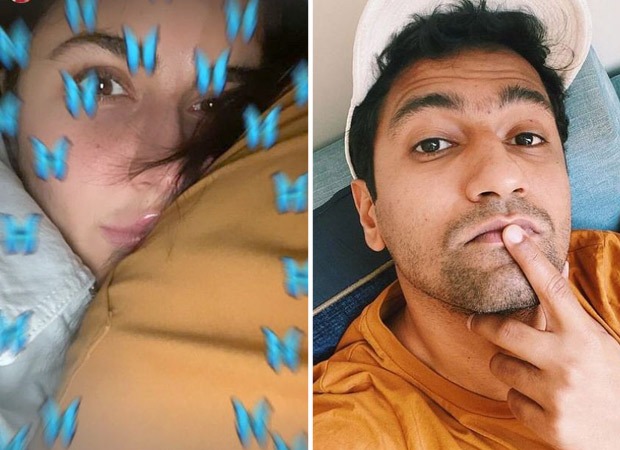 Relationship rumours of Vicky Kaushal and Katrina Kaif started floating around several months ago. Recently, fans gathered that they celebrated the New Years together in Alibaug with their siblings accompanying them. While they did not share pictures together, their individual pictures suggested that they were at the same resort. Fans also spotted Vicky in the reflection of one of the pictures featuring Katrina and Isabelle playing board games.

WHAT TF DID I WAKE UP TO ????????
1st Katrina was spotted wearing his Shirt(whatever it's called)
2nd she "accidentally " posted an Insta Story where you could see Vicky's reflection
And NOW THIS
@vickykaushal09 post a picture of both of you PLEASE#Vickat https://t.co/M8i4pHoCNA pic.twitter.com/qSe2ruDOJq

In an interview with Bollywood Hungama last year, talking about his rumored relationship with Katrina Kaif, Vicky said, “I hope you respect this… I really want to guard my personal life to some extent because if you open up, it leads to discussions and interpretations and misinterpretations. That is something I am not inviting.”

ALSO READ: Katrina Kaif and Vijay Sethupathi starrer by Sriram Raghavan will be a 90-minute film with NO interval