Katrina Kaif was recently seen promoting her horror comedy PhoneBhoot featuring her alongside Ishaan Khatter and Siddhant Chaturvedi for the first time. The trio played the role of ghostbusters who are on a mission to help them attain salvation with Katrina playing the role of a ghost. The three actors also visited the popular comedy chat show The Kapil Sharma Show wherein the host had many interesting questions and comments about Kat’s wedding with co-actor Vicky Kaushal. While he expressed his disappointment over not being invited to the wedding, Kat gave him some tidbits about her quintessential traditional wedding in Rajasthan. 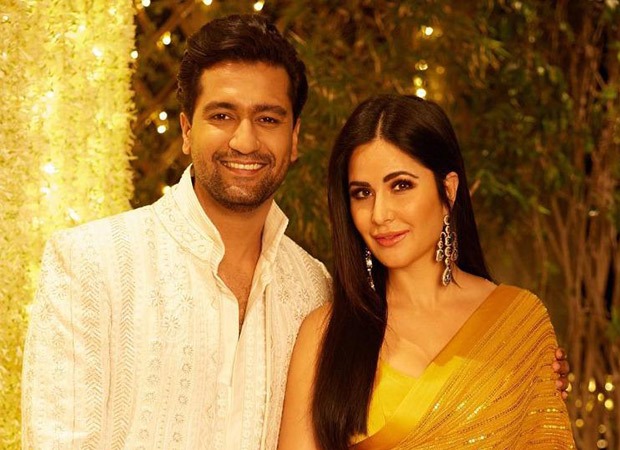 Katrina Kaif recalls the ‘jootha chuppayi’ ritual at her wedding with Vicky Kaushal; says, “I saw everyone fighting”

Readers would be aware hiding a groom’s footwear is a common ritual in Indian weddings and it was a part of the big fat Bollywood wedding of Katrina Kaif and Vicky Kaushal. When host Kapil Sharma quizzed her about the ‘joota chuppayi rasm’, the actress said, “I was hearing very loud noises behind me. As I turned I saw everyone fighting and pulling the shoes toward themselves. There were my sisters and Vicky’s friends. They were literally fighting.” When she was asked further about who won the fight, the actress couldn’t recall as she added that she was too busy at the wedding and after that, she never really thought of asking them about it.

Vicky Kaushal and Katrina Kaif took many by surprise when they tied the knot in a private ceremony in Rajasthan. Although their wedding was a lavish affair, the couple was quite restrictive about the guests due to the pandemic guidelines. Speaking about life post-marriage, Katrina Kaif had said in an ETimes interview that Vicky brings a certain kind of balance in her life. She had shared, “After marriage, there’s a lot of calmness and stability in my life with having Vicky around all the time. He’s the perfect counterbalance for the person that I am. I can be hyper, panicking, and overthinking, but he is the opposite of that. It’s a nice balance."

Also Read: EXCLUSIVE: PhoneBhoot star Katrina Kaif wants to be an invisible ghost to silently to spectate THIS Bollywood director