Katrina Kaif is kicking off her weekend on a right note, by playing board games and having fun with her sister Isabelle Kaif. The siblings have been in quarantine ever since the lockdown was announced. 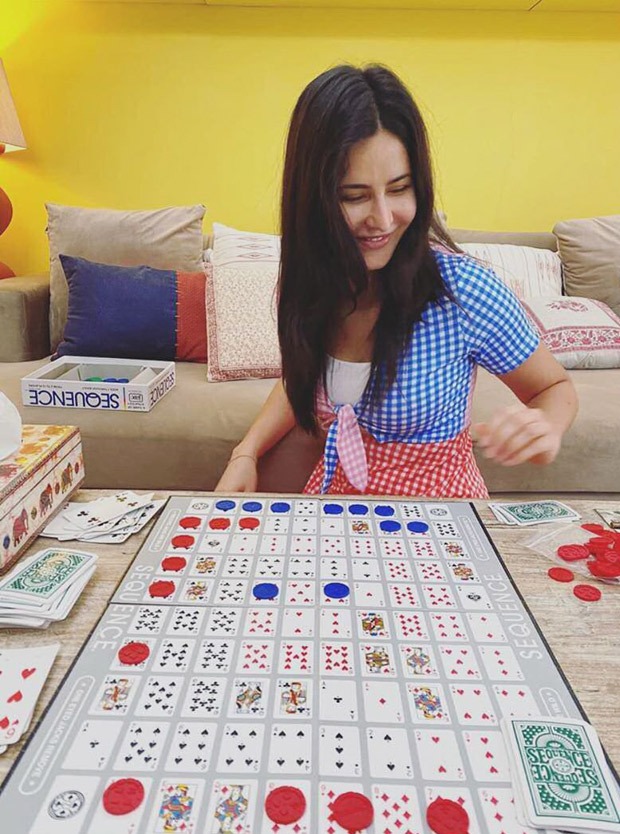 On Friday, dressed in colourful outfit, Katrina Kaif captioned the picture, “Best thing about playing with only two people is u win faster #sequence #missingmyteammates #friday." The actress wore black and red gingham dress while playing the Sequence game. She is also missing her teammates.

On the work front, Katrina Kaif was last seen in Bharat alongside Salman Khan. The actress will next star alongside Akshay Kumar in Sooryavanshi. Directed by Rohit Shetty, the new release date is yet to be announced.