Amid lockdown, Karisma Kapoor has been keeping her social media account updated with a bunch of throwback moments. On Friday, she went down the memory lane to share a video from her 1997 hit film, Dil To Pagal Hai. 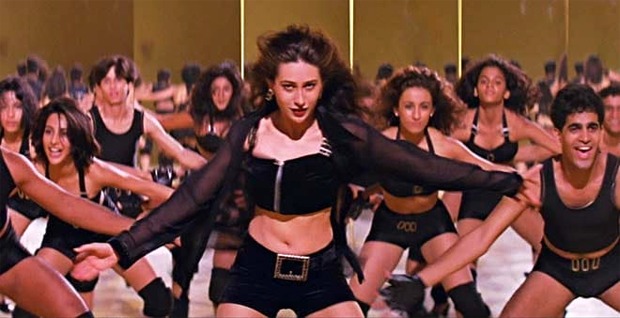 Karisma shared a small clip from the hit song, 'Le Gayi', and wrote, “Shake it up #flashbackfriday #guessinggameon Which song/movie,” she captioned her post.

Of course, the fans guessed it right. But, they even spotted Shahid Kapoor as the background dancer. Dressed in black shorts and a tank top, he is dancing along with several dancers. For those unaware, Shahid was a dancer at Shiamak Davar's institute before he entered Bollywood.

ALSO READ: Karisma Kapoor gives a glimpse at what brothers Taimur and Kiaan are up to during lockdown