Last Updated 25.01.2022 | 10:40 PM IST
feedback language
follow us on
Bollywood Hungama » News » Bollywood Features News » Karisma Kapoor is back with the guessing game as she shares a throwback picture with Salman Khan

Actress Karisma Kapoor was one of the most successful actors of the 90s and early 2000s. During the period of lockdown, the actress has been playing guessing games with her Instafam by sharing stills from her old films. Sharing the stills, she asks people to guess the name of the movie or the song. 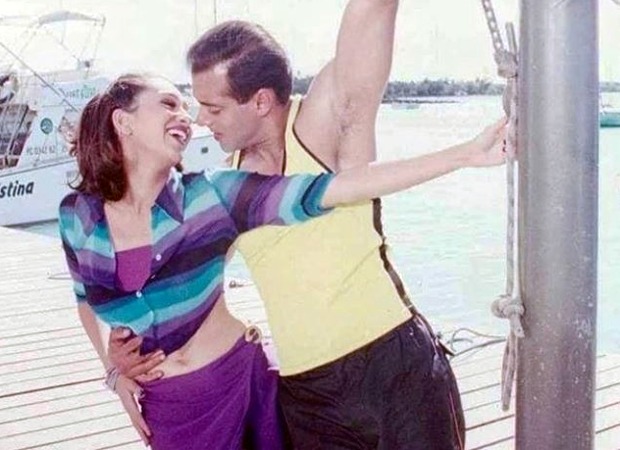 On Friday, Karisma Kapoor posted a still from a hit film in which she appeared opposite Salman Khan. In the picture, the two actors are seen posing on a dock. Karisma is seen wearing a multi couloured crop top and a purple mini skirt.Meanwhile, Salman Khan is seen in a yellow vest and blacks pants. Sharing the image, Karisma wrote, “I vividly remember the sun was setting and we needed to get this shot done while sk was making us all laugh ???????? fun times in #mauritius ????⛱ Guess the film and song ?”

I vividly remember the sun was setting and we needed to get this shot done while sk was making us all laugh ???????? fun times in #mauritius ????⛱ Guess the film and song ? #flashbackfriday #guessinggame???? #memories

Most of the people in the comments section guessed the film and the name of the song, right. The image is from the song ‘Pyar Dilon Ka Mela Hai’ from the film Dulhan Hum Le Jaayenge that was released in the year 2000. The film directed by David Dhawan also starred Paresh Rawal, Om Puri, Anupam Kher, Kader Khan, Farida Jalal, and Johnny Lever.