Kareena Kapoor Khan and Soha Ali Khan are all set to entertain us with a brand new radio show. Kareena has turned RJ for a show called What Men Want, yeah she is following footsteps of her best friend Karan Johar. One of her first guests on the show is her sister in law Soha Ali Khan who is also a close friend of hers. Soha dished out details about a lot of things on the show. Primarily, the theme of the show is women talking to Bebo about their lives unabashedly. Soha and Kareena have been pretty close to each other and have a lot of things to relate to. Kareena spoke a lot about Soha and revealed how she is intimidated with the fact that Soha is so well read and knowledgeable. Soha, on the other hand, said that she looks up to her Bhai Saif Ali Khan and his wife Kareena Kapoor a lot. 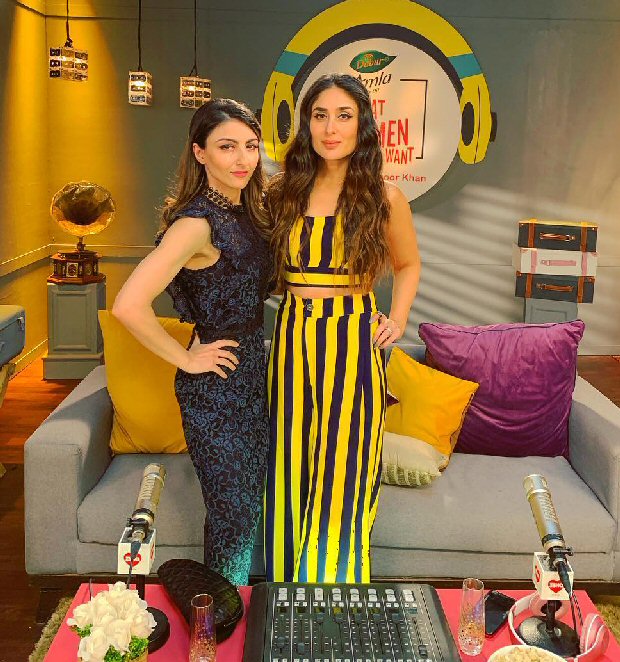 Soha has always spoken a lot about how she and Kareena got married at around the same time and had kids also in quick succession and that made them bond with each other well. Their kids Taimur Ali Khan and Innaya Naumi Kemmu are close and often have play dates with each other. It is interesting to hear what the two talk about given their intimacy to each other.

What women want!!! What a fun free wheeling chat with the gorgeous #kareenakapoorkhan on @ishq_104.8 fm