Indian cinema lost another icon. A day after the passing of Irrfan Khan, veteran actor Rishi Kapoor breathed his last after his long battle with Leukaemia. The actor was survived by his wife Neetu Kapoor and two kids - Ranbir Kapoor and Riddhima Kapoor Sahni. His funeral rites were performed by Ranbir Kapoor on Thursday afternoon in presence of Neetu, Kareena Kapoor Khan, Randhir Kapoor, Alia Bhatt, Ayan Mukerji, Abhishek Bachchan and some close family members. 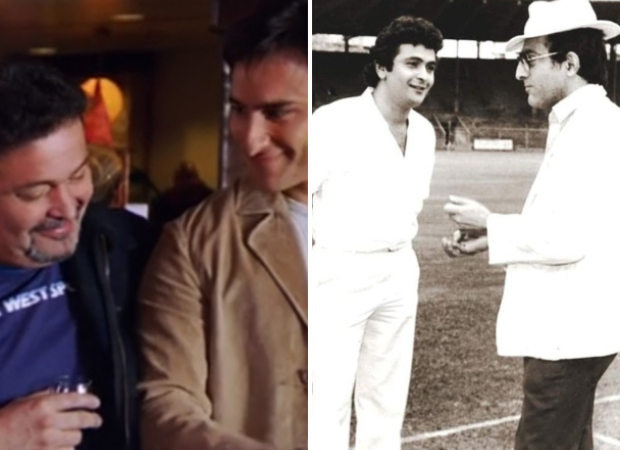 After the religious ceremonies were completed, like the rest of the Kapoor family, Kareena Kapoor Khan also took to her Instagram account to share some memories of him. She shared a video of Rishi Kapoor having a drink with Saif Ali Khan in the scene in Hum Tum. The scene is from the part where the actor was singing iconic Bobby track ‘Main Shayar Toh Nahi’ while playing the piano when his son played by Saif joins him.  Sharing the video on social media, Kareena posted a heart emoji.

Another moment she shared was of her father Randhir and Rishi from their childhood smiling for the camera. “The best boys I know... Papa and Chintu uncle,” she wrote.

The best boys I know... Papa and Chintu uncle ❤️❤️

Rishi Kapoor was also put on the map when he won National Award as Best Child Artiste for his role in 1970, Mera Naam Joker which starred Raj Kapoor in the leading role. His last role was in The Body.