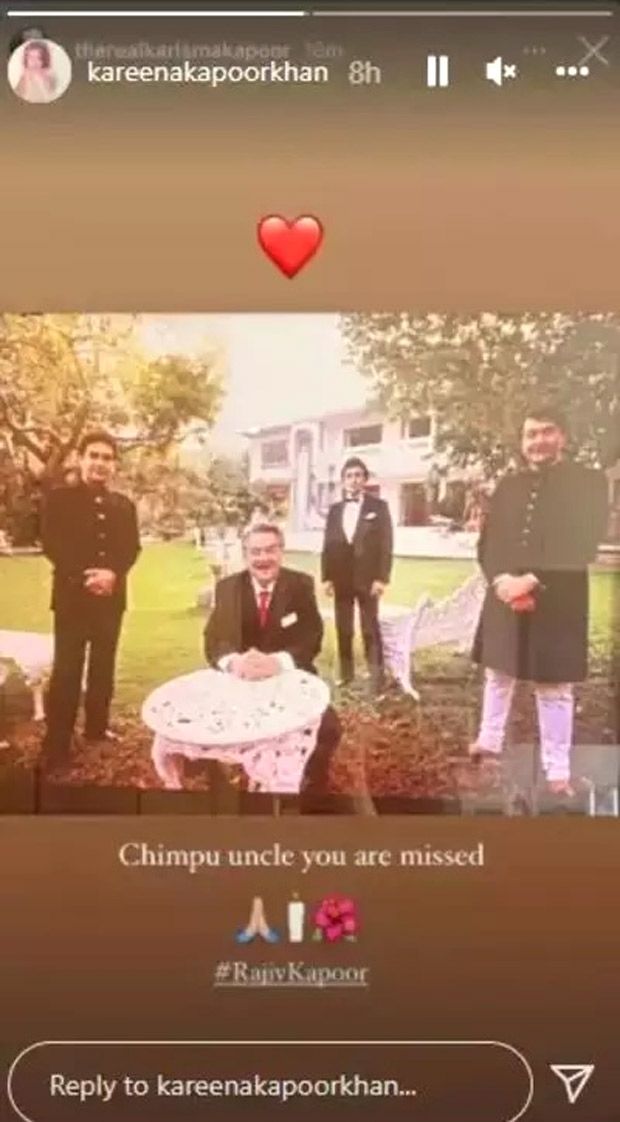 Rajiv was the youngest among three Kapoor brothers and two Kapoor sisters - Randhir, Rishi, Ritu Nanda and Rima Jain. Karisma, 47, shared a picture of Raj Kapoor posing with his three sons, Randhir, Rishi and Rajiv. "Chimpu uncle, you are missed," she wrote.

Kareena posted the exact same picture with a heart emoji. Neetu also took to social media and shared a picture of Rajiv and Rishi, who passed away in April 2020. "Miss you both. A year already," the 63-year-old wrote. 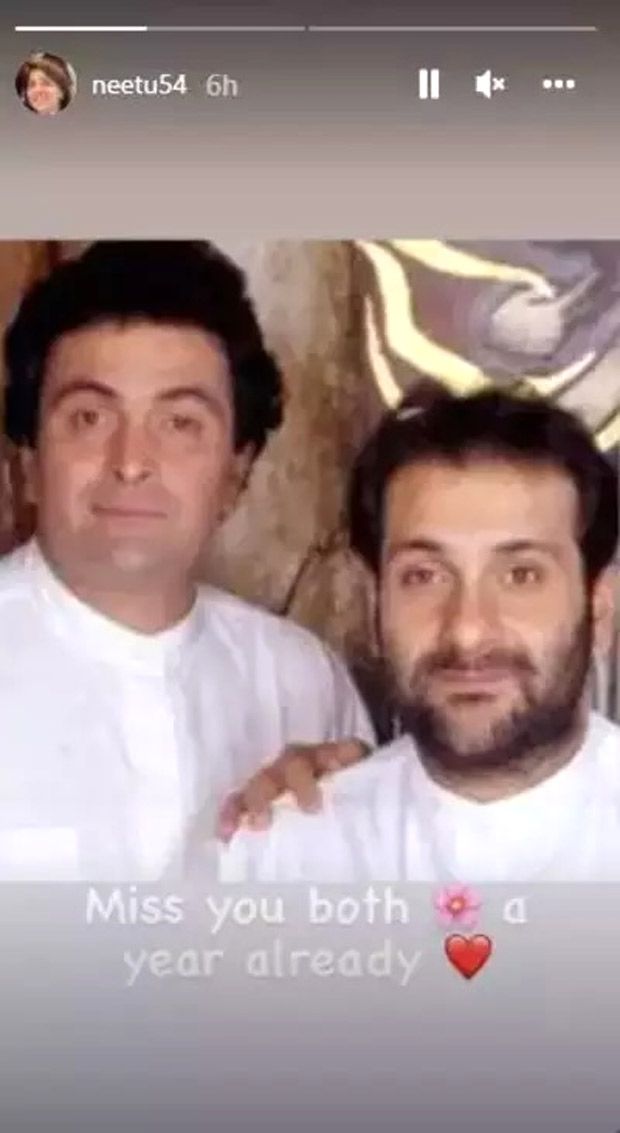 Bollywood actor Rajiv made his first impression as a leading man in the 1985 blockbuster Ram Teri Ganga Maili, which was Raj Kapoor's final directorial endeavor. After starring in films like Aasmaan, Lover Boy and Hum To Chale Pardes, he made his last screen appearance as a leading man in 1990 with Zimmedaar.