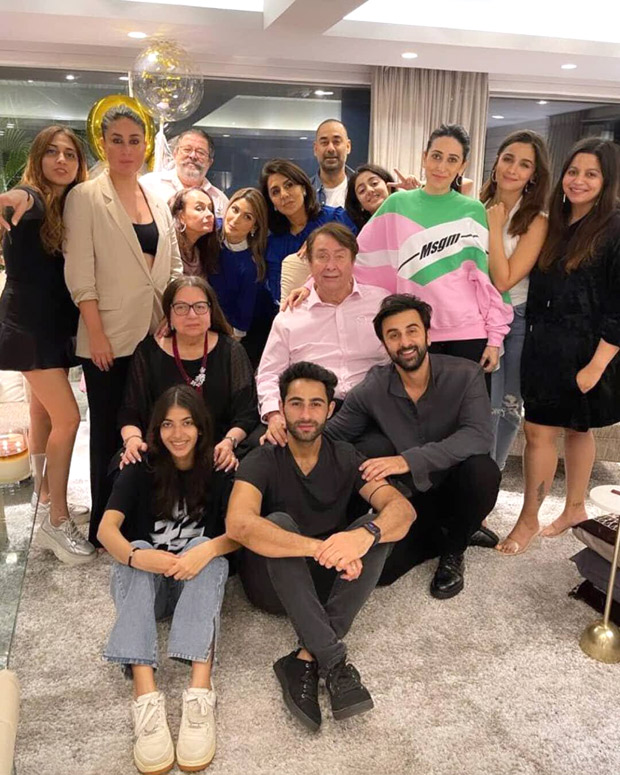 Daughter Riddhima Kapoor Sahni has shared a family picture to wish a happy birthday to her mom. The snaps show Ranbir Kapoor, Kareena Kapoor Khan, and Karisma Kapoor, among others posing happily.

The birthday bash was also attended by Ranbir's girlfriend Alia Bhatt along with her mom Soni Razdan and sister Shaheen Bhatt. Various pictures from the reunion are now doing the rounds on social media,

The first pic shared by Riddhima shows her posing with Ranbir and the birthday girl. The three look amazing together.

In the third upload, Riddhima can be seen looking stylish with Kareena and Karisma. Kareena's look for the bash surely impressed the style police. Her next two uploads were about the family posing together including Randhir Kapoor and Babita Kapoor. While first, it was just the girls posing for the lens, later the boys joined them too.

Neetu Kapoor, on the other hand, will be soon making her Bollywood comeback after 8 years with Raj Mehta's Jug Jugg Jeeyo, co-starring Varun Dhawan, Kiara Advani, and Anil Kapoor. The movie is being produced by Karan Johar's Dharma Production.