Karan Kundrra,who is currently seen as Ranveer in the longest-running show Yeh Rishta Kya Kehelata Hai, will bid adieu to the show soon. Karan plays the love interest to Shivangi Joshi's character Sirat. The actor has already completed shooting his track and has been given a farewell by the show's star cast and unit. 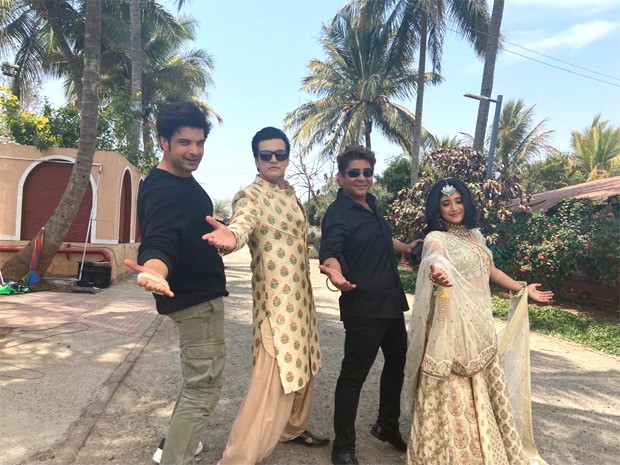 As Karan's track in the show is about to come to an end soon, the actor recalls his journey and says that it has been nothing short of a “rollercoaster” ride creating this beautiful yet remarkable journey.

Karan has been previously part of various successful shows including Pyaar Tune Kya Kiya, Kitni Mohabbat Hai among others. The actor is thrilled to have received immense love from the audience for Yeh Rishta Kya Kehlata Hai that too in such a short span of time.

Talking about his experience on the show Karan feels that it has been nothing short of a “rollercoaster” ride for him and said, “Ranveer's character has been given so much love from the day he entered to the time he exited from the show. It was a rollercoaster ride because on television, where shows go on for 5 -6 years it's very rare that you find that one character, which over the period of just 4-5 months is given so much graph, so much to do that it's almost like doing the action, thriller OTT or a film in four months.”

The actor also says he is thankful to the makers and the entire team for charting out interesting arcs around the character of Ranveer. “Whatever I was promised for Ranveer's character, for my cameo in Yeh Rishta Kya Kehlata Hai, I think they gave me much more. My journey is over and that's exactly the way we have planned it and it did really well. It was supposed to end earlier but it got extended but I think it was totally worth it for me and for the show as well. And I'm happy that I left a mark for everybody,” Karan stated.

He further says he is grateful to have collaborated with producer Rajan Shahi for the opportunity and says working with him has been a memorable experience. Heaping praises on Rajan Shahi, the actor says, “I'm very overwhelmed and happy and grateful to him, everybody on Directors Kut Production, the actors, crew, the creative team and others.” he also added, “Rajan Ji is a very passionate person and gives everyone a sense of family. You understand once you get on to such a show you realise why this show ran for so long because it's just like a family feeling”.