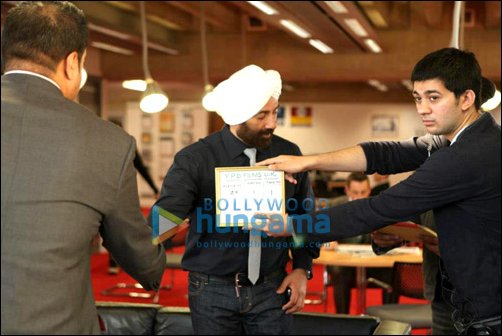 They say that 'Rome was not built in a day'. The same applies to Bollywood as well. Every actor worth his salt had to undergo the grind to reach the place where he is today. Well, it seems that this is the advice that Sunny Deol gave to his son Karan Deol, who has begun his preparation for Bollywood.


With the famous Deol for surname, even though Karan could have had a dream debut, he chose to go the hard way. That's why Karan (who has enrolled in Rahul Rawail's acting school) has been working as an Assistant Director on Sangeeth Sivan's Yamla Pagla Deewana 2, because Papa Sunny wants him to understand the nuances of filmmaking in order to improve his acting skills.


Besides Sunny, the film also stars Dharmendra and Bobby Deol, and will be shot in the UK for two months.