Actors Karan Deol, Savant Singh Premi, and Visshesh Tiwari will be seen in the upcoming episode of The Kapil Sharma Show to promote their upcoming film Velle. Karan Deol's actor father Sunny Deol will also be joining them on the show. In a promo of the upcoming episode, Krushna Abhishek as Sapna is seen cracking up the guests with her hilarious story. 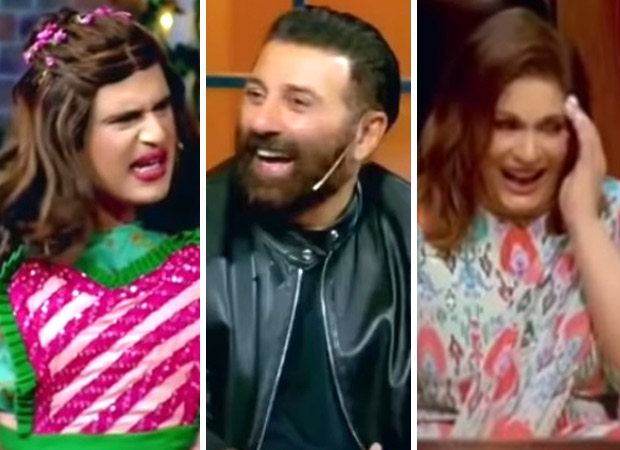 When Kapil Sharma asked who was sending the cheques, Krushna said, “Pata nahi naam nahi likha tha aisa kuch likha tha- ‘chaa gaye guru’ (There was no name but there was something written on the lines of -Chaa Gaye Guru’)”. Listening to this Archana, Kapil, Sunny Deol, and Karan Deol burst out laughing.

Krushna Abhishek was referring to Navjot Singh Sidhu whom Archana Puran Singh had replaced. Navjot had moved on from his position on the show to focus on his political career. The joke about Archana taking over Navjot is a recurring one on the comedy show.