Jaya Prada and Raj Babbar were the recent guests on The Kapil Sharma Show, to promote their upcoming film, Bhoot Uncle: Tussi Great Ho. The duo has reunited on-screen after almost two decades and they are excited to be working together again. The Kapil Sharma Show has been entertaining its viewers for a long time and this time too, the host Kapil Sharma managed to get a few secrets out from Jaya Prada from back in the day. 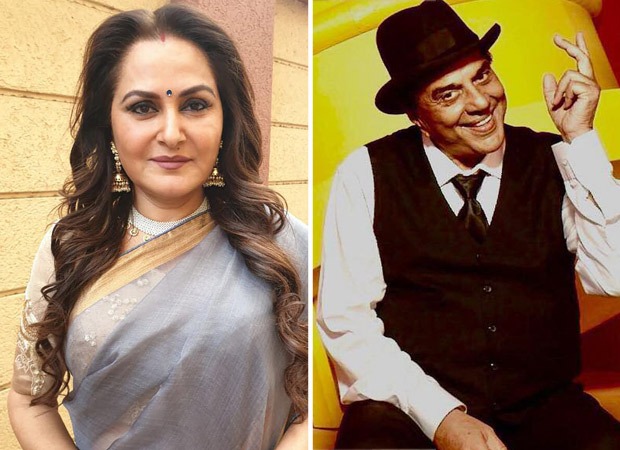 Kapil asked Jaya Prada, “Ma’am, flirt sabse zyada kaunsa hero karta tha?” Raj Babbar was quick to defend himself and said, “Main bohot shareef tha inke liye”. Jaya Prada then revealed a surprising fact and said that Dharmendra used to flirt a lot back in the day. This fact was quick surprisingly for the cast members present there but the team had a laugh nevertheless.

Jaya Prada and Dharmendra have starred in multiple films together during the 70s and 80s including Insaaf Kaun Karega, Mardon Wali Baat, Ganga Tere Desh Mein, Kundan, and Qayamat.