The team of the film Dabangg 3 graced Kapil Sharma's show as it completed 100 episodes. The Kapil Sharma Show promises the biggest laughter riot with blockbuster Bollywood celebs Salman Khan, Sonakshi Sinha, Prabhu Dheva, Saiee Manjrekar, Kiccha Sudeep, and Arbaaz Khan. On the show, Arbaaz Khan and Salman Khan revealed how they came up with the idea of ‘Munna Badnaam’. 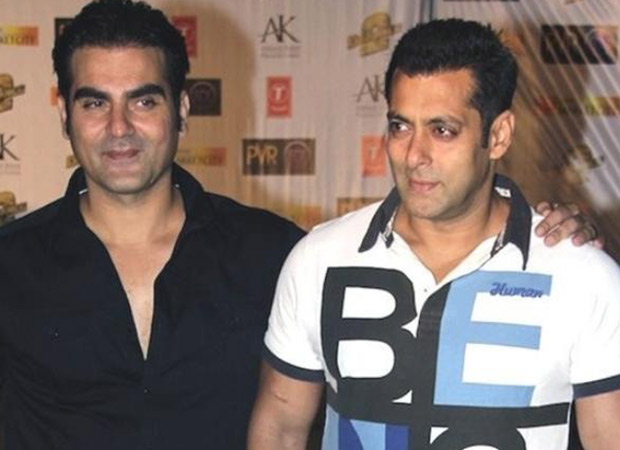 When Dabangg released in 2010, the song ‘Munni Badnaam’ became a rage. The song featuring Malaika Arora, Salman Khan, and Arbaaz Khan received great response from the audiences. For the third installment of the film, the makers decided to go for the song ‘Munna Badnaam’. On the show, Kapil Sharma asked how the title of the song came into being. Recalling the incident Arbaaz Khan said, "We were looking for an item song for Dabangg 3 like we had ‘Munni Badnam’ in Dabangg and ‘Fevicol’ in Dabangg 2. We were on a hunt to find an ode for ‘Munni Badnam’ to put in Dabangg 3. Salman called me at 1:30 am in the night asking to rush and meet him. He said he got the perfect solution for ‘Munni Badnaam’."

The two had nearly an hour-long conversation after which Salman revealed his idea. Arbaaz adds, “Salman said ‘Munna Badnam’ is the perfect song and we should go for this. Initially, I objected to his idea saying we can brainstorm more and come up with some original rather than curating the older one.”

Arbaaz said that he was convinced when Salman said that they will only use the song if it gets a positive response. Arbaaz further said that the idea was shared with Lalit as he composed ‘Munni Badnaam’ and as a second option Sajid Wajid was also given a chance. Both the songs turned out very beautifully but Sajid Wajid's song was finally selected for the movie. After ‘Munni Badnam’ in Dabangg, 'Fevicol' in Dabangg 2 ‘Munna Badnaam’ seemed perfect in Dabangg 3.