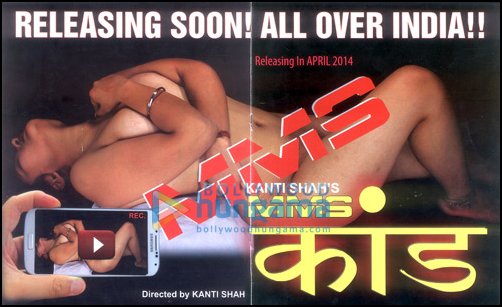 They say that 'Unpredictability' is the second name of Bollywood. True to this, possibly no one had 'predicted' that the film Ragini MMS 2 will soon have a competition in the month of April this year. The film that is all set to offer 'stiff competition' (no pun intended) is ironically Ragini MMS 2's sound alike MMS Kaand.

Talking to Bollywood Hungama, MMS Kaand's director Kanti Shah said that he had 'conceptualized' his film much before Ragini MMS 2. The film's poster was released in a leading trade magazine recently.

With the MMS space getting heated up, it's now left upto the viewers as to which 'MMS' they give their thumbs up to!