Zee TV’s popular fiction show, Guddan Tumse Na Ho Payega, has been a favourite amongst TV viewers with its unique and never-seen-before concept revolving around the country’s youngest Saas, younger than the bahus of the household she marries into! Having intrigued and entertained the viewers with the interesting story around Guddan (Kanika Mann) and Akshat’s (Nishant Singh Malkani) love life, the show recently witnessed a 20-year leap in the upcoming episodes after the tragic death of Akshat and Guddan as they attempted to save their only daughter. While television actor Savi Thakur is the new male lead of the show, essaying the character of Agastya Birla, Kanika Mann who flawlessly brought alive the character of Guddan on-screen, will now also be seen playing the role of her own daughter, Choti Guddan post the leap. 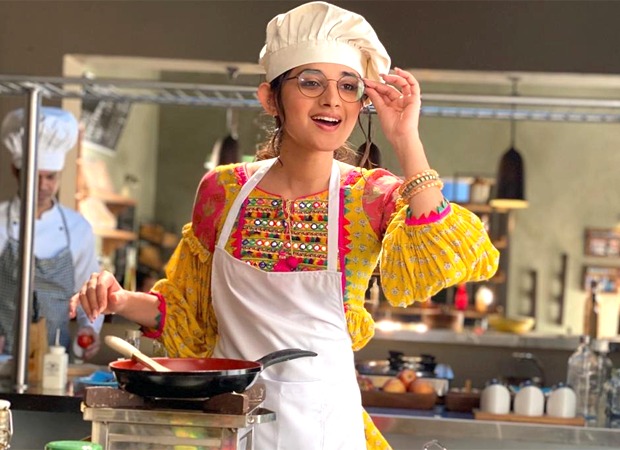 With the show’s plot taking a 360-degree turn post the leap, Chotti Guddan is now seen in a cute and goofy element managing, not just a restaurant of her own, but also the situational ups and downs that often arise in her life. Chhoti Guddan draws this knack of cooking from her father and hence the actor behind it is often seen shooting for various scenes at a restaurant located in Mumbai. For a particular scene where Choti Guddan had to be captured whisking and sautéing food, Kanika decided to actually cook one of her favourite dishes on set with minor assistance from the chefs present at the restaurant. Not only did they enjoy her special preparation, but a couple of crew members too relished the dish prepared by Kanika.

Sharing her experience, Kanika said, “When I was back at home during the lockdown, I tried my hand at cooking and realized the entire process can be quite an enjoyable one. I kept experimenting with quite a few new dishes and they luckily turned out to be really delicious. That’s when I realized that cooking works as a stress buster for me and that’s how I drew enthusiasm for cooking while at shoot too. While the scene just required me to sauté some veggies and boiled pasta in a pan, I decided to actually cook a special recipe that I had learnt and prepared quite a number of times during the lockdown. I made a desi style pasta using regular Indian spices and a few exotic vegetables that were cut by the chefs present. The dish was loved by the crew members on the set and in fact, they were actually requesting me to prepare another batch. Very rarely do you get to mix your personal interests with your professional and this was definitely one of those times! I had great fun while shooting this sequence and actually look forward to having many more with this character.”

Talking further about her character, Kanika said, “The leap in the show is about to turn the lives of everyone upside down. Chhoti Guddan shares quite some similar interests with her father in the show and one such thing is cooking. She currently manages a restaurant of her own while also dealing with all the twists and turns that are coming in her life in a manner very different from the way Guddan looked at life. The show is at an intriguing point and is sure to be loved by the audience.”