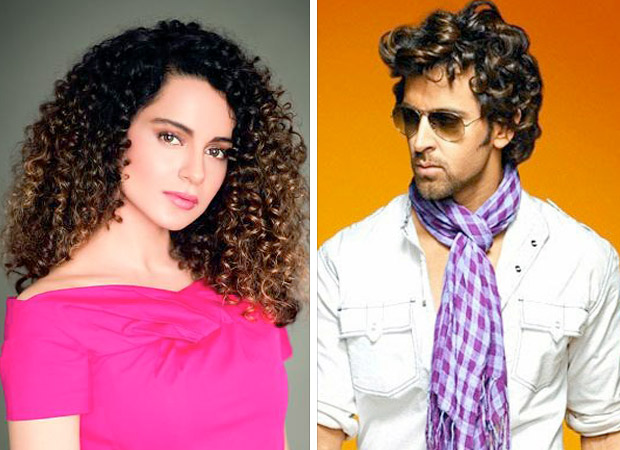 Kangna Ranaut has done it again. She loves to use platforms meant to project women’s empowerment to forward her own narrative.

At an event for a shoe endorsement—was this an occasion to open one’s heart on matters as private as love?—here’s the heartrending romantic saga from her own La La Land that Kangna had narrate about a girl from the mountains who fell for a matinee idol:

“There was this young girl in the mountains. Extremely brave, naive, impractical and stubborn. This girl, when she was walking she saw a picture of a man and she fell in love with him. And that picture led her to cross oceans, deserts, mountains and landscapes. She is standing under stars with the man and this man kisses her and he says ‘I love you’. The worlds meet and it becomes a trap between the real world and the world which was supposed to be future and to be reached, but one manages to reach there. What happens is that this man says that she is not a normal girl; she has a lot of fire in her belly. And she isn’t even a woman; she is a lion in a woman. So, the man gets scared of this woman and that’s when the whole love story becomes a tragedy.”

Actor Adhyayan Suman who was in an intense relationship with Kangna Ranaut for two years gives Hrithik Roshan a clean chit and says it was a “one-sided attraction".

“Even before my relationship with Kangna I was aware of her infatuation for Hrithik Roshan because Hrithik’s mother (Pinky Roshan) is my mother’s friend.”

Adhyayan talks of Kangna’s growing infatuation for Hrithik while they were shooting in Las Vegas for Kites. “She was giving him way more attention than healthy or warranted. As her boyfriend it made me uncomfortable”, says Adhyayan. Then on Valentine’s Day while uploading telephone numbers on the new cell phone that he had gifted Kangna, Adhyayan discovered “at least 70” messages from Kangna To Hrithik.

While Hrithik maintains a stoic silence saying only that he will speak up at the appropriate time a source close to the superstar says, “She is continuously building on her narrative regarding her supposed romance. Even if Hrithik wanted a closure on the matter—which he doesn’t, not until he is proven innocent—she won’t allow it. She is too obsessed with Hrithik to be happy with a closure. She wants the speculation in the public mind to go on.”

A guest at the Diwali bash at the Bachchans residence in 2015 recalls Kangna frantically trying to grab Hrithik Roshan’s attention. “He openly avoided her throughout the evening. But she wouldn’t take the hint. I remember her getting very upset and throwing a tantrum at the bash,” says the eyewitness.