With much anticipation and excitement, the trailer of Thalaivi is all set to launch tomorrow marking Kangana Ranaut's Birthday. Tracing the life of Jayalalithaa, Thalaivi showcases the various stages of the veteran's life, for the same Kangana Ranaut underwent transformation to fit the character. Sharing glimpses of the varied phases, the actor expressed her excitement for the trailer. 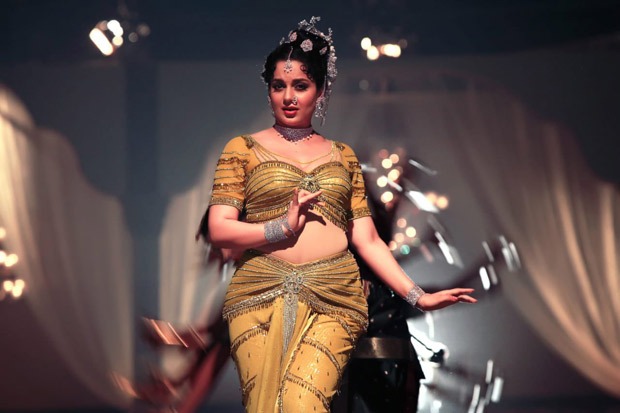 Kangana Ranaut took to Twitter sharing new stills from the film depicting the varied stages of Jayalalithaa's life, along with a note expressing her thoughts about the transformation saying, "One day to go for the trailer launch of #Thalaivi. Gaining 20 kgs and losing it all back within a span of few months wasn’t the only challenge that I faced while filming this Epic Biopic, wait is getting over just in few hours Jaya will be your forever ❤️".

Spanning across over 30 years, Thalaivi presents the struggles of Jayalalithaa's life from rising as the face of Tamil cinema to emerging as the leader who shaped Tamil Nadu politics.

Slipping into the character, Kangana Ranaut followed a hectic schedule keeping up with the looks of Jayalalithaa through her life. The team also employed expert makeup artists from Hollywood to ace the looks for Kangana as well as Arvind Swamy to match their appearances to their on-screen characters- Jayalalithaa and MG Ramachandran respectively.

The trailer of Thalaivi is scheduled to release on 23rd March 2021, marking Kangana Ranaut's birthday across Chennai and Mumbai at grand events on the same day.

Thalaivi, presented by Vibri Motion pictures, Karma Media Entertainment and Zee Studios in association with Gothic Entertainment and Sprint films, has been produced by Vishnu Vardhan Induri and Shailesh R Singh and Co-produced by Hitesh Thakkar and Thirumal Reddy. Thalaivi is set to release worldwide in Hindi, Tamil and Telegu by Zee Studios on 23rd April 2021.

ALSO READ: Kangana Ranaut to launch the trailer of Thalaivi on her birthday across two cities on the same day