Bollywood actor Kangana Ranaut is back from Budapest after wrapping up her film, Dhaakad. Now, she has resumed the shoot of her next. Kangana Ranaut began shooting for a new schedule of her film Tejas. 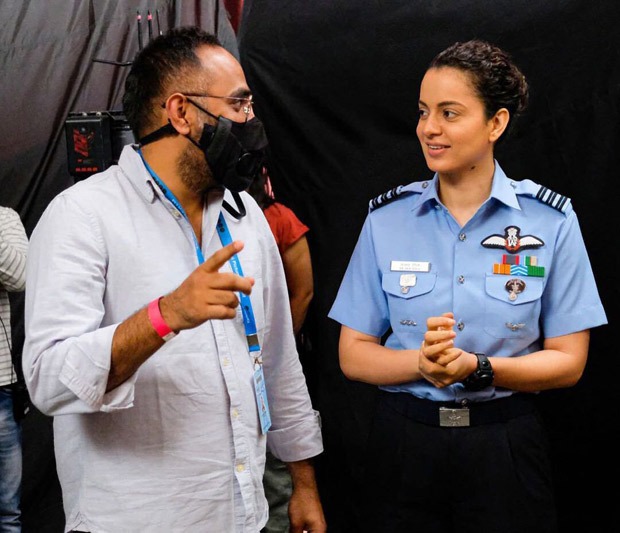 The actress shared a new BTS picture from sets with the director. She took to social media to share a behind-the-scenes photo in which she is seen clad in an Indian Air Force uniform as she gears up to shoot with director Sarvesh Mewara. Taking to her Instagram handle, Kangana wrote, "On to my next mission #Tejas Starting today …Josh is soaring high thanks to my fabulous team."

Tejas is the story of a daring fighter pilot, played by Kangana Ranaut. The Indian Air Force was the first of the country's defense forces to induct women into combat roles in 2016. The film takes inspiration from this landmark event.

ALSO READ: Kangana Ranaut spotted at the airport with a Louis Vuitton bag costing Rs 1.8 lakh as she returns from Budapest