Last Updated 07.12.2022 | 11:57 AM IST
feedback language
follow us on
Bollywood Hungama » News » Bollywood Features News » Kangana Ranaut pens the SWEETEST message to her Panga director Ashwiny Iyer Tiwari and here’s what she has to say!

Kangana Ranaut, who was last seen in Manikarnika - The Queen of Jhansi, has an interesting line up of films to look forward to. While recently, makers of her next, Mental Hai Kya announced the release date of their film, the actress is also shooting for another film Panga. This Ashwiny Iyer Tiwari directorial will see Kangana in the unconventional role of a kabaddi player and the actress seems to be super impressed with her director. In fact, she even penned an adorable message for the Bareilly Ki Barfi filmmaker. 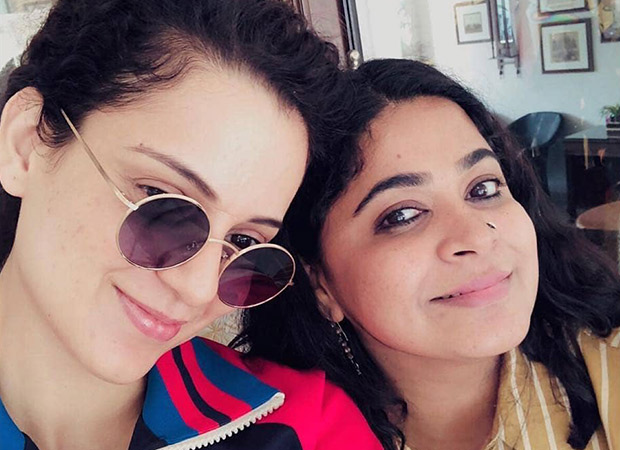 Kangana Ranaut pens the SWEETEST message to her Panga director Ashwiny Iyer Tiwari and here’s what she has to say!

Kangana Ranaut recently penned a message for her Panga director Ashwiny Iyer Tiwari saying, “thank you for seeing absolutely unassuming bright light superwoman all day every day.” Overwhelmed by her gesture, not only did Ashwiny share the picture of the note on her Instagram page but she also thanked her actress for the same in the caption. She said, “Thank-You ‘K’. Only spreading love every day.” It was absolutely lovely to see such amazing camaraderie between the director and actor.

Coming to Panga, Ashwiny Iyer Tiwari will be exploring the genre of sports for the first time in her life. The film also stars Punjabi superstar Jassie Gill who essays the role of Kangana’s husband. Besides him, it is also expected feature Richa Chadha in a prominent role of a kabaddi player. While not many details are known about the film, we hear that Pankaj Tripathi and Neena Gupta too are an integral part of the film.

Considering that Panga revolves around kabaddi players, Kangana Ranaut also had to undergo extensive training. While she had to put on weight to build her body frame like an athlete, the actress also had to understand the sport well before she dived into the project. The film is expected to hit the big screens on January 24, 2020.