Actor Kajol is making her digital debut with Netflix's upcoming film Tribhanga: Tedhi Medhi Crazy. The film, directed by Renuka Shahane, is the first Hindi release of 2021 on the streaming giant. Recently, during a conversation with co-star Mithila Palkar, the actress admitted that she is obsessed with Korean dramas and finds them highly entertaining. 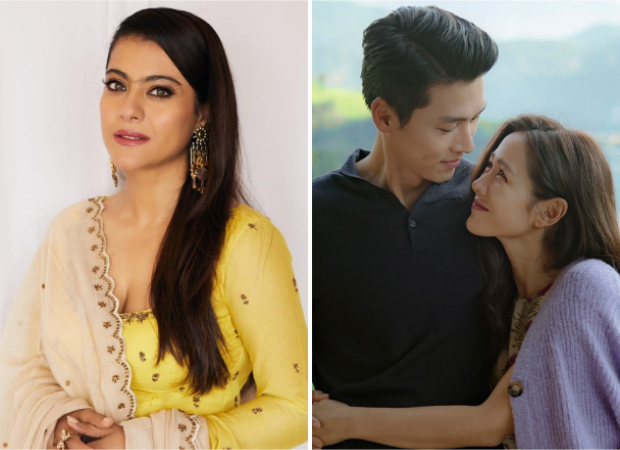 Kajol revealed that she started her journey of K-dramas with 2020's favourite romance drama Crash Landing On You. The fans around the world fell in love with the lead pair played by supremely popular actors Hyun Bin and Son Ye Jin. During the conversation, Kajol said, "I do [watch them]. I find them highly entertaining. I love the aesthetic. I started with Crash Landing On You which is one of the most favourites. I thought the idea of the whole North Korea - South Korea love story was fabulous and I loved the way they did it. It was just a superb idea and fantastically executed."

It was recently confirmed on January 1, 2021, that the lead actors of the Crash Landing On You indeed fell in love with each other during the filming of the series and began dating after the drama ended. Their agencies confirmed the news followed by Son Ye Jin taking to Instagram to admit that she found a good man.

Coming back to Kajol's project, Tribhanga: Tedhi Medhi Crazy is the story of a dysfunctional family of women and their unconventional decisions that display a complex family drama of human failings and flaws. The film is scheduled to release on Netflix on 15th January 2020.