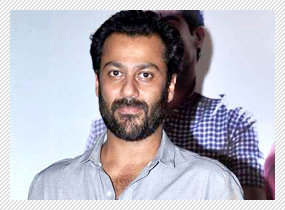 Kai Po Che!, a film with relatively unknown names playing lead protagonists and a director who has made a niche success like Rock On, has managed to create some big news around itself during last couple of months. With the makers (UTV) are pitching the film well and Abhishek Kapoor is more than happy to host multiple pre-screenings days before its release, there is a promise of something special being offered for the audience. No wonder, the man at the hot seat is sounding confident while being pretty calm, cool and composed.


When the film was announced as Kai Po Che!, it was a matter of debate that whether the title would click or not. Still, you stuck to your guns.

Kai Po Che! is a victory call and metaphorically, it is apt for my story. Being a youth centric film, this shout is like a massive calling. It just feels right. Also, it is important to go by instinct than making everything cerebral. Otherwise you would always be in fears and apprehensions.


When you talk about this being a youth centric film, are we also looking at something which is socially relevant?

In the film, you would see ambitions and dreams of Indians as I see them. It is not just a friendship story; it is much bigger than that. The making has so many levels to it. I shot for the film much more than Rock On. The kind of energy and effort that went into the film was akin to making three Rock On. Just because of the scale of the film and the kind of story that Kai Po Che! has, it was a huge challenge to bring it all together in 130 minutes.


Talking about the making of the film, were you ever in touch with Farhan (Akhtar) and Ritesh (Sidhwani) or were you driving the film entirely on your own?


Well, at one point in time you were supposed to...

Yes, I was making the film for Excel earlier, but then they were not convinced with what I had to say. It is fair since they were open about it. It is always good to make a film as a team when the producer and director are on the same page. It was not the case with them.

Guess Sushant (Singh Rajput), Amit (Sadh) and Rajkumar (Gupta) were certainly on the same page as you. It shows in their performances, if promos and pre-release reports are anything to go by.

Basically we made the film quite instinctively; we worked hard on every single character in the film. Everyone has contributed to making this movie. The movie has not been made to highlight any single persona; the entire picture is of the highest importance.


This is what made you pick on Amrita Puri as the sole female lead in the film? She seems like quite an unconventional choice in this male dominated film.

(Smiles) When I met Amrita for the first time socially, I realized that she didn't come with any of the complexities that so many heroines otherwise carry. I have met so many people and they have this strange awareness about themselves. Amrita is someone who speaks openly and the moment I met her, I knew that she is just the right Vidya for the film. I wanted her character to be maintained just the way it is written in the book.


And then you brought in some music as well...

Arreyâ€¦ don't even ask about Amit (Trivedi). He is a master yaar. Aisa lagta hai jaise Saraswati baithi hi usme. He has got the hang of emotional highs and lows in the film so well. My favourite song is 'Maanjha'. People ask me why I have just three songs in Kai Po Che! when after Rock On I could have afforded another full on musical. See, that film told a story about music, Kai Po Che! doesn't. The way I see the soundtrack of this film, it is just perfect.

Evelyn Sharma gives a sweet kiss to her…